Undeniably, Star For All Seasons Vilma Santos-Recto mother can't be any happier and more excited with the new role she'll slip into — lola. 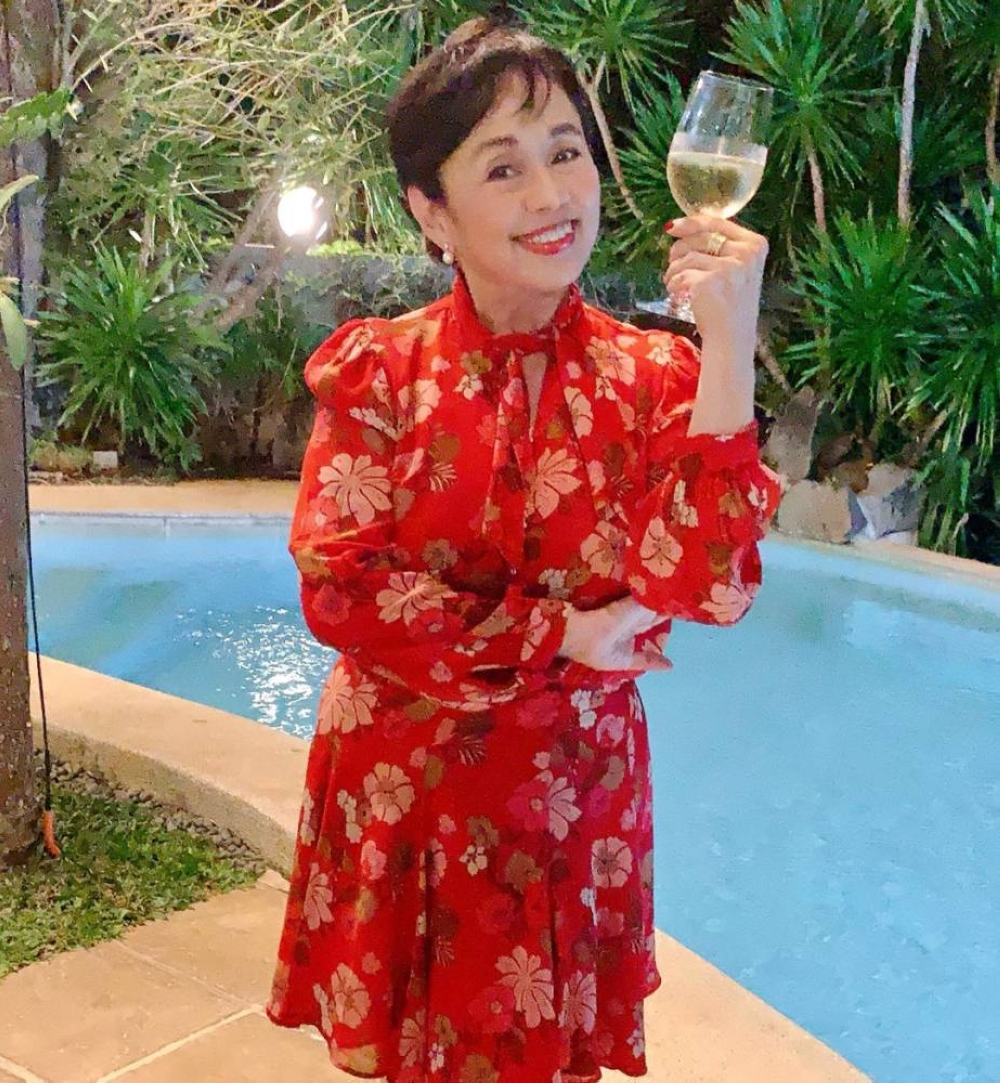 The ‘Star For All Seasons’ can’t be any happier and more excitedwith the new role she’ll slip into — lola. INSTAGRAM PHOTO/ROSAVILMASANTOSRECTO

But nah, Ate Vi wouldn't want her soon-to-be grandchild — from son Luis Manzano and his wife, Jessy Mendiola — the to address her such. Instead, she'd prefers to be called Momsie the way her other grandkids by her pamangkins lovingly call her.

This is also in stark contrast to Momskie as Luis and other son Ralph Christian call her. For the record, the former public servant had been egging on Luis to give her an “apo” in his forties.

Aside from Jessy's pregnancy being a significant milestone in her and Luis' life, it also serves as a refreshing breather for Ate Vi who has sacrificed her political life.

After all, she had fully served as Lipa City mayor, Batangas governor and Lipa City representative.

Spanning that 27-year period, her focus was mainly on how to respond to the needs of her constituents. Never was there an intervening time for making movies, just public service.

No wonder, Ate Vi sort of pampered herself before her husband Lipa Congressman buckled down to work, by taking a well-deserved respite in Singapore with her family.

So, is it really pahinga for the actress? Not exactly, as Ate Vi has been introduced to the perks of vlogging which she now allots time for. However, her content is more geared towards reaching out to her fans a la mèdiacon with exciting prizes up for grabs.

Now, everybody might ask what kind of lola, er, momsie would Ate Vi turn out to be? At the risk of putting the cart before the horse, I can surmise that Ate Vi isn't much of a spoiler in the tradition of most stage grannies.

Yes, she'll no doubt turn out to be a doting, overprotective lola but without stripping Luis and Jessy their right as the child's parents.

As expected, Ate Vi will make sure her apo grow up with the traditional, ages-old values that she was brought up with herself.

Strict yet reasonable. Stern yet with a loving touch.

DENNIS Padilla couldn't help but envy his close friend Cesar Montano when the latter celebrated his 60th birthday with all of his children gathered together.

Dennis could only wish the same for himself, with Julia, Claudia and Leon — his children with Marjorie Barretto — show up when he turns 61 on February 9 next year.

Unfortunately, his advanced birthday wish had gone unnoticed by any of his kids.

Worse, netizens seemed unmoved by what they regarded as yet another paawa effect of the comedian.

While there are those who empathize with him, a greater number of commenters put the blame on Dennis for being a toxic parent.

Last Father's Day, Dennis has already explained his side in response to Leon's kilometric post. It should put the matter to rest. Seemingly, no matter how hard he tries to reach out to his kids, the latter won't simply budge.

No, Marjorie cannot be accused of brainwashing the minds of the kids as they're old enough to understand what's amiss with their family. Dennis has already done his part but to no avail.

It's about time he stopped talking about his children who appear to have deserted him.

Of late, Dennis has appealed to Karen Davila for an interview purposely to straighten out things based on Julia's revelations.

Wonder how far this sagutan will go, but one thing's for sure — Dennis has to initiate the truce all for his kids' sake.

Three against one, does Dennis stand a chance?