Just in time for this year's National Heroes Day, artist Juanito Torres presents several new major works that tackle the concept of heroism. His works clearly underscore the high praise we accord our heroes.

Torres' recent works start with a major work that appears humorous but is quite serious, pointed, and thought-provoking.

In “Nakamit na nga ba ang Kalayaan?” the two camps that either sought reforms or drastic revolution are shown together with the nascent flag of the early Philippine Republic. The conquistadores and colonialistas are there too, but so are other symbols like Nemo, symbolizing an idea that indeed like the proverbial marine character, freedom still needs to be found. 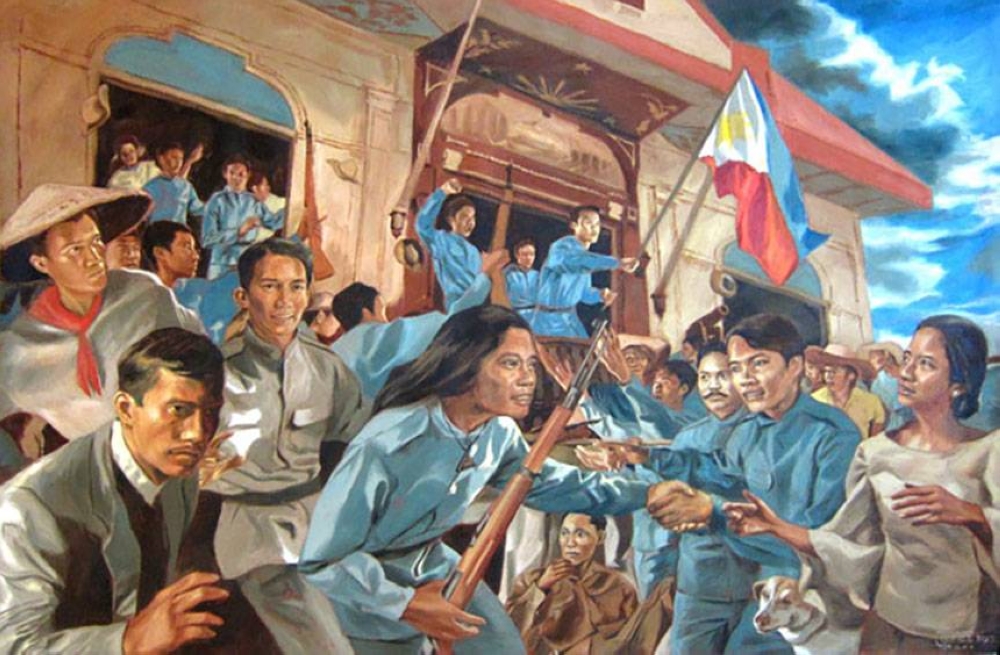 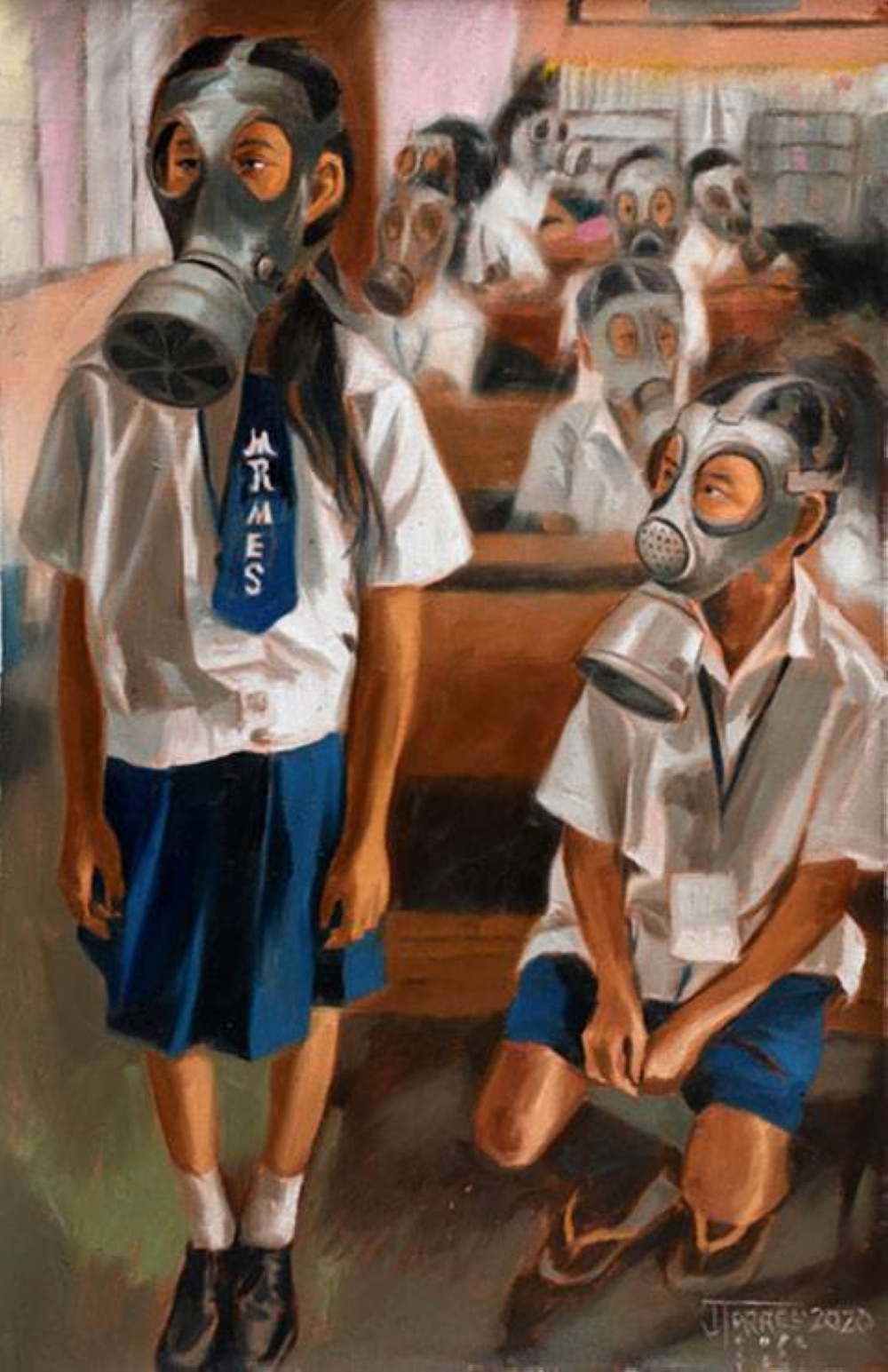 ‘Little Heroes (Back to School)’ 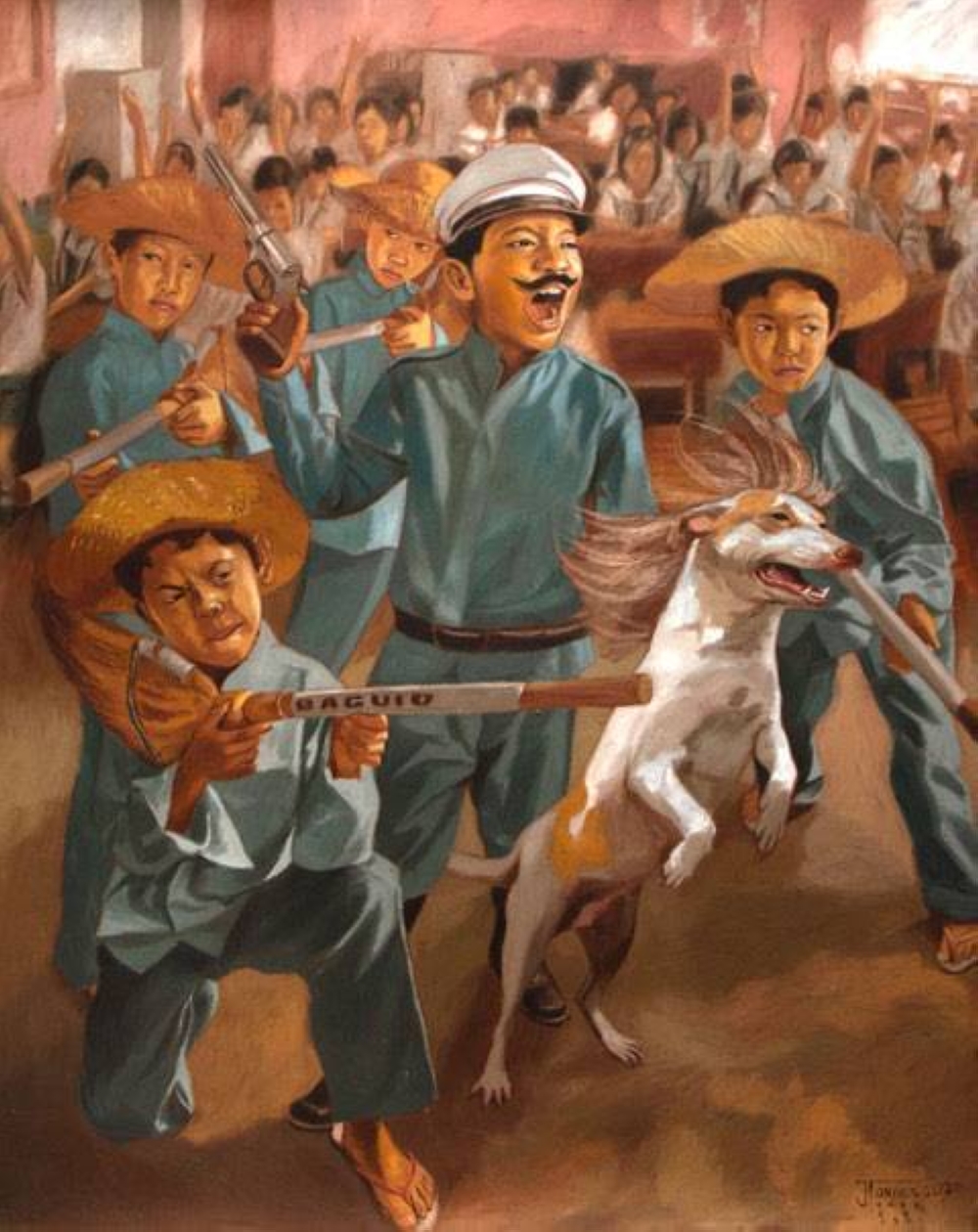 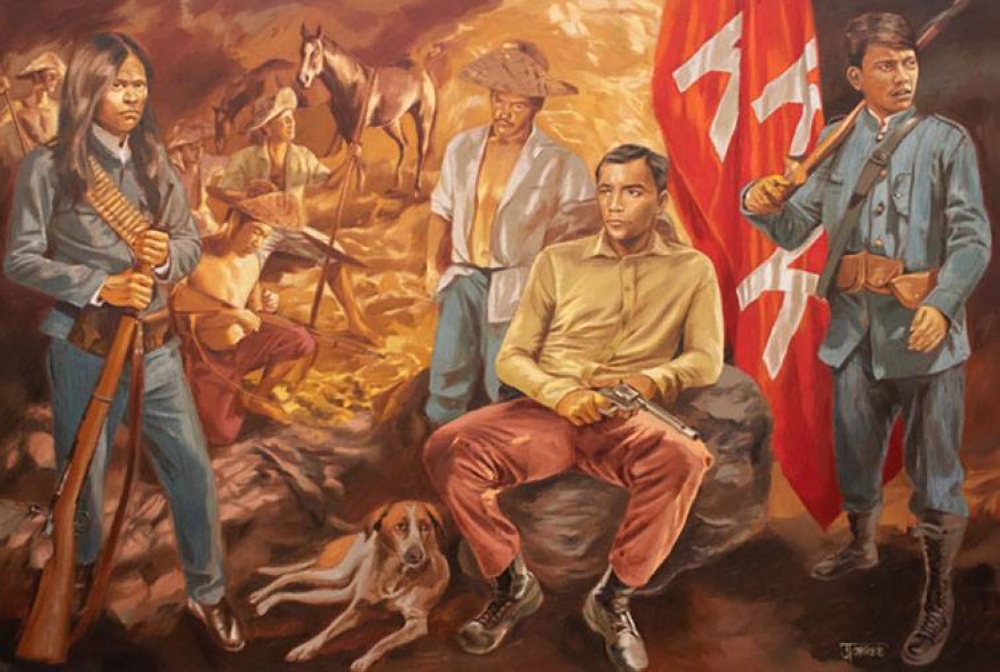 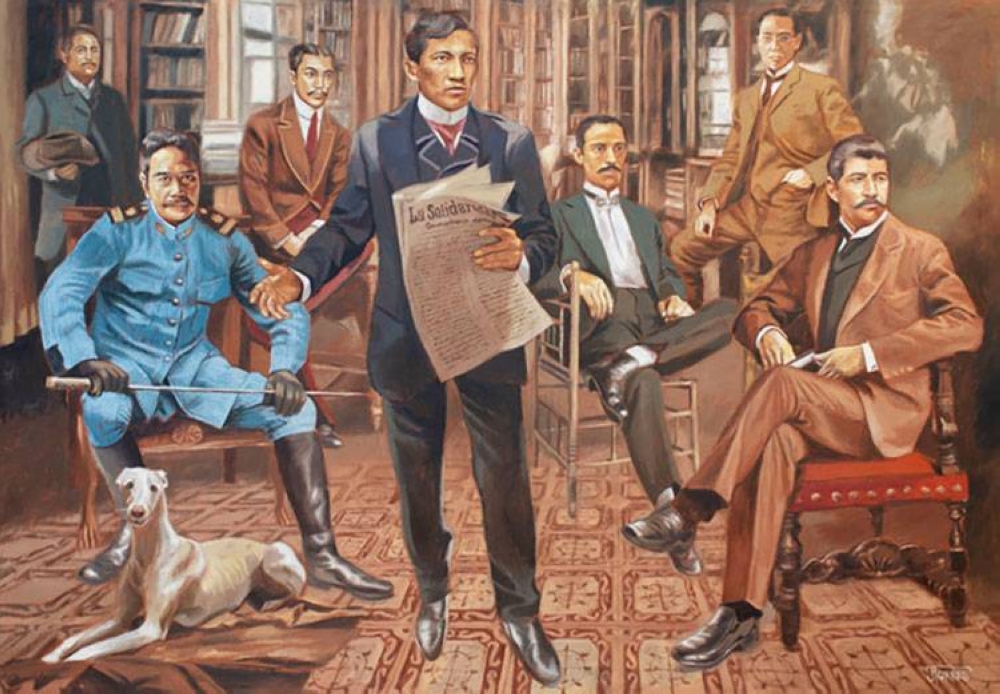 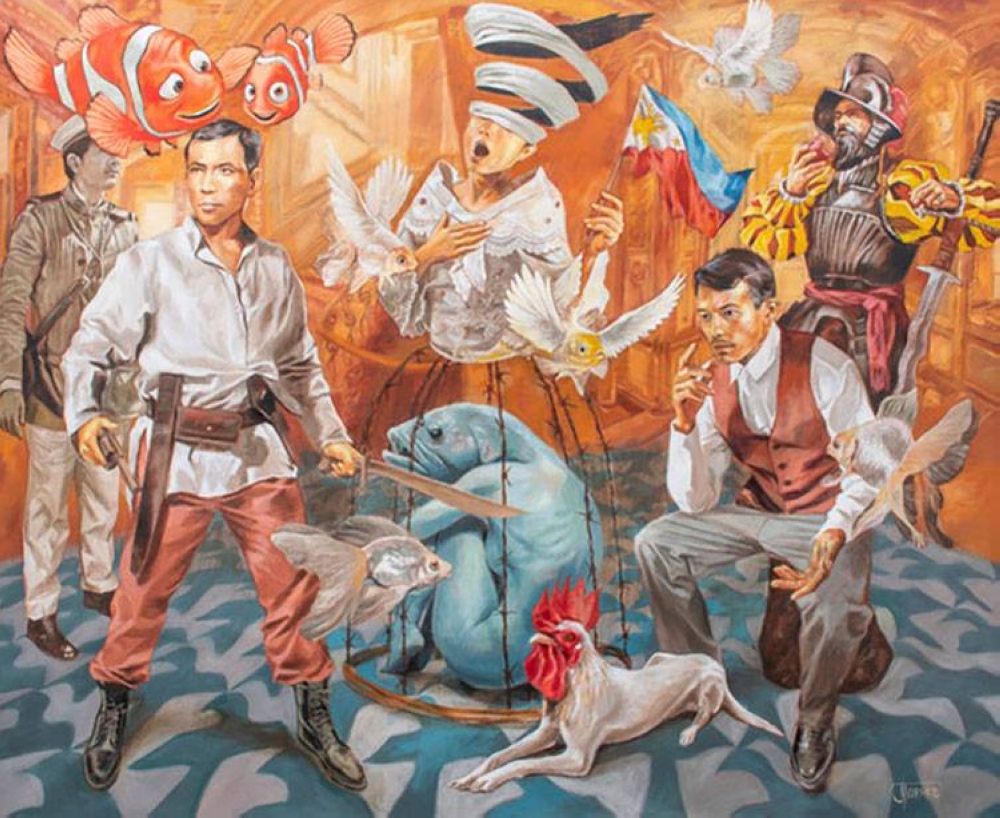 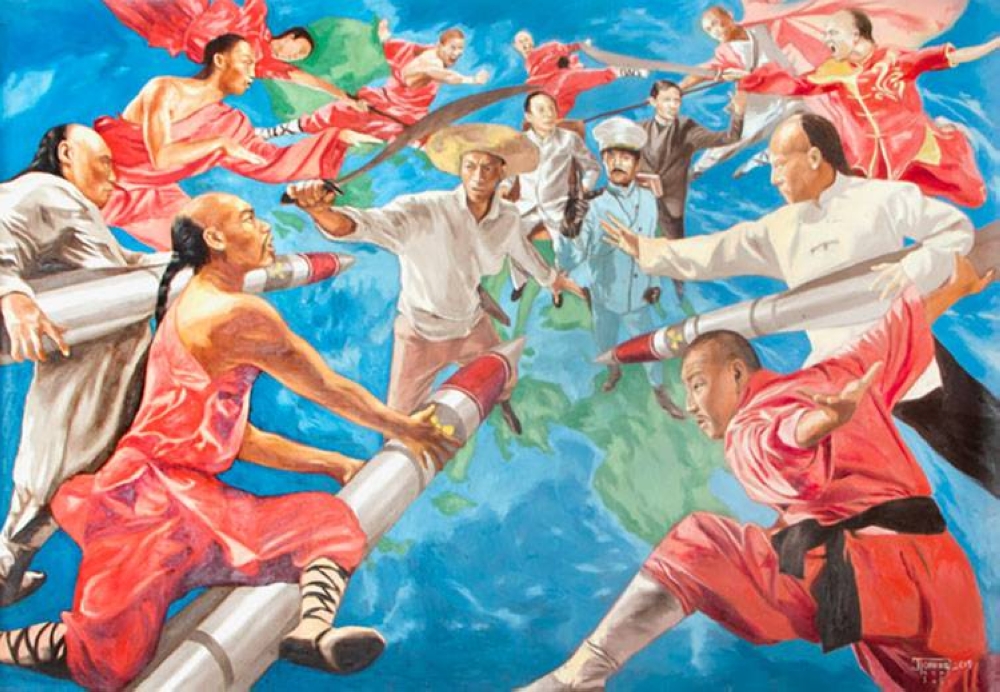 A second major artwork puts together those that took a different, more drastic route to freedom. “Mga Bayani ng Rebolusyon” depicts Andres Bonifacio, Macario Sakay, Emilio Jacinto, and the brave Filipinos that took up arms against the oppressive colonial powers.

In discussing the new heroes of our time, Torres presents the youth as his choice for those that will take the cudgels.

There is an artwork of “Little Heroes (Back to School)” facing the ongoing threat still poised by the silent and daunting menace that is the Covid pandemic. Another artwork is “Little Heroes (Ituloy ang Laban)” cosplaying the route taken by Antonio Luna and the Katipuneros.

Our current society continues to be faced with ever-developing and newer threats. There is the continuing threat of the pandemic, climate change, economic difficulties brought about by the world conflict, increasing authoritarianism all over the world, and the aggressive behavior of countries with a disproportionate amount of power and military might.

Torres' exhibit leads his public to the inevitable conclusion that we are indeed the heroes of our time.

As Dalisay astutely observes, “Even as we see St. Michael battling the dragon, we are St. Michael.” The only thing is “who and what is the dragon of our time?” But just like our heroes of yesteryear, the Filipinos of today shall prevail.

In this much anticipated exhibition titled “The Hero in Our Time” is on view at Galerie Raphael, 2nd level, UP Town Center until September 7. For inquiries, contact +63 (2) 8247-1109 or email [email protected]