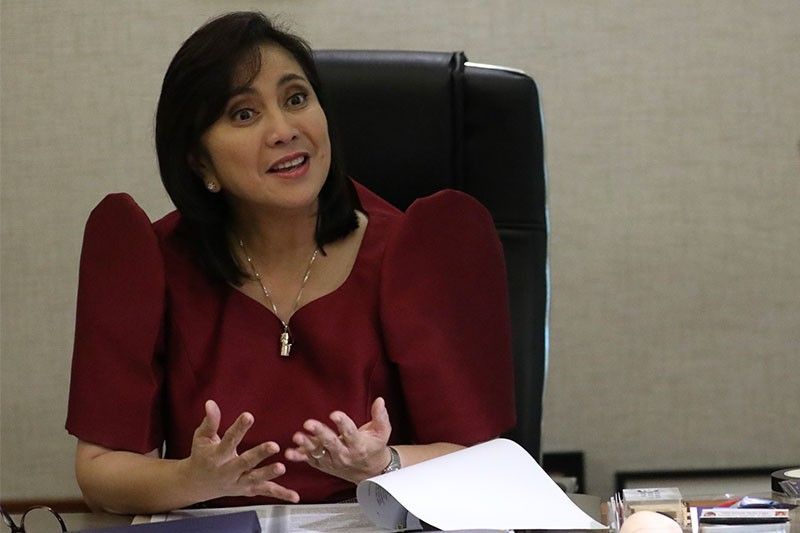 As it currently stands, nine economic centers dubbed as “focus areas” are set to receive 42% of the incoming vaccine supply, the Palace disclosed earlier this week.

Speaking on her weekly radio show, the country’s No. 2 pointed to high infection rates all over the country in areas beyond the so-called NCR+ bubble.

“Our request right now, is not just at Metro Manila, but also for areas of concern all over the Philippines to be given support,” she said in mixed English and Filipino.

Earlier this week, the League of Cities of the Philippines appealed for the government’s coronavirus task force to include more areas in the priority recipients of COVID vaccines following the recent surge of infections in other high-risk cities.

"We deem that the preemptive action of distributing vaccines to a broader number of cities will prevent a potential new wave of case surges throughout the Philippines," Bacolod City Mayor Bing Leonardia and Calapan City Mayor Arnan Panaligan said in the letter addressed to vaccine czar Carlito Galvez Jr.

Robredo pointed to the slow progress of the national vaccination program outside of Metro Manila as one factor that could be solved with better vaccine allocation.

“That’s really the problem. For example, here in NCR, they’re already vaccinating the A5 group, but in the provinces, they’re not even done with the A2,” she said.

“We’re getting so many requests already. Our problem is we can only do so much, because we have to work within the protocols of the [Inter-Agency Task Force] and the local government units too.”

According to the OCTA Research Group, cases outside the capital region, particularly in the noted areas of concern, remained on the rise this past week.

In its latest report on Sunday, the think tank said that three cities have hit full capacity in their intensive care units for COVID-19 patients.

To date, the Philippines has recorded 1.36 million coronavirus infections, over 57,000 of whom are still classified as active cases.

The national government has so far secured two official deals for COVID-19 vaccine supplies in the Philippines, one with Chinese pharmaceutical company Sinovac and another with the Serum Institute of India.

Watch this space for bite-sized developments on the vaccines in the Philippines. (Main image by Markus Spiske via Unsplash)

“We are very happy to report that the government and the management of Pfizer have finally concluded our negotiations. Secretary Duque and I signed yesterday the supply agreement for the biggest and most decisive deal we had for 2021,” Galvez says.

The deliveries of the vaccines will begin "after eight weeks starting August" and the shipments will be delivered in bulk, according to the vaccine czar. — Photo from NTF COVID-19

“There’s no letup in our vaccination campaign. All sectors of society are working together so that we can start to move on from this pandemic, bring back a greater sense to our lives, and further open up our economy,” Galvez says.

Data from the National Vaccination Operations Center show that as of June 18, a total of 8,050,711 jabs have been administered nationwide. Of this figure, 5,953,810 were given as the first dose, while 2,096,901 were administered as the second dose.

The first shipment of COVID-19 vaccines for private sector use arrives in the Philippines on Thursday.

At least 1.5 million does of Chinese-made Sinovac vaccines lands in Manila, 500,000 of which will be for the sole use by companies and private organizations for their inoculation efforts for employees and qualified personnel.

This is part of the Federation of Filipino Chinese Chambers of Commerce and Industry's tripartite agreement with IP Biotech, Inc. and the national government. — Photo release from FFCCCII

"[W]e'll make sure to deliver them at the soonest possible time so no one gets left behind during this pandemic," he also says.

Chief Justice Alexander Gesmundo says that as far as he knows all of the sitting justices of the Supreme Court have been vaccinated against COVID-19.

He says the court asked for justices to be classified as A4. Some of the justices are also already senior citizens.

Share
Previous Remember that big tree on the truck? Experts say it probably wasn’t big enough to save under B.C. rules
Next This Week in Apps: Spotify debuts a Clubhouse rival, Facebook tests Audio Rooms in US, Amazon cuts Appstore commissions