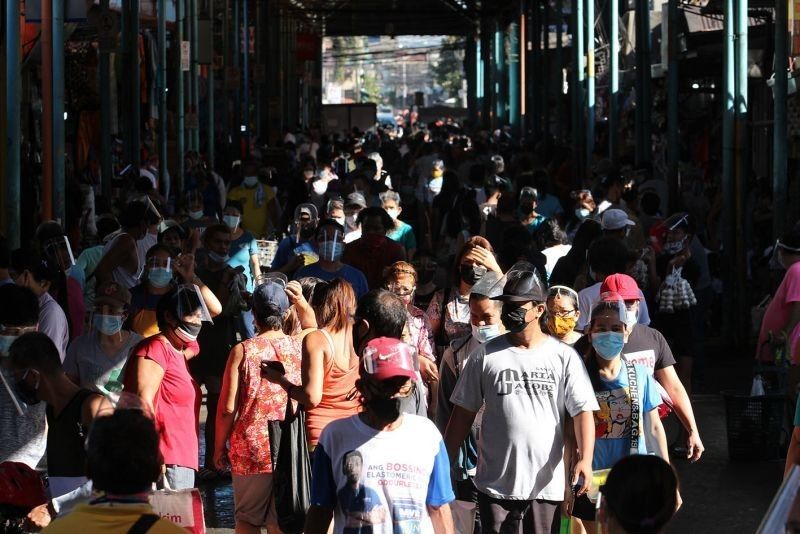 MANILA, Philippines — The country is seen to officially enter the dry season in the coming days with the northeast monsoon or the "amihan" likely to be over by end of the week, state weather bureau PAGASA said Tuesday.

Dr. Esperanza Cayanan, the agency's weather division chief, said in a briefing that a "gradual increase" in daily temperature across had been recorded recently in several PAGASA stations across the country.

With changes in wind patterns and pressure systems, she said the amihan season that brought cold mornings in the northern parts of the Philippines could be out soon.

"[The] prevailing weather condition in the country signifies the eventual coming of the warm and dry season," she said, adding that the number of dry and warm days will gradually increase in the next days.

Cayanan, however, said isolated thunderstorms are still likely to occur by afternoon or at night.

The onset of the La Niña, which was declared in October 2020, is also seen to remain affecting some parts of the country. This means that it could still bring above normal rainfaill conditions this March.

Further, the weather bureau advised the public and government agencies to take steps to minimize heat stress, as well as "optimize the daily use of water for personal and domestic consumption, and prevent any accompanying health risks associated with this climate condition."

"We are not yet terminating the northeast monsoon today," Cayanan added. "But it will be soon over…so we're expecting the rising temperature."

PAGASA has sought to stress that there is no "summer" in the country, which pertains to one of the four seasons of a year in some countries and a term that many have at home have used in the past.

Instead, the Philippines has only two: the wet (June to November) and the dry (December to May) season.

In PAGASA's website, it said that the latter is also subdivided into two, or the cool dry season from December to February, and the hot dry season, which persists from March to May.

The agency said too that the Philippines' climate is tropical and maritime, and is the same "in many respects to the climate" of countries in Central America.

"It is characterized by relatively high temperature, high humidity and abundant rainfall," PAGASA's website continued. "Temperature, humidity and rainfall..are the most important elements of the country's weather and climate."

Share
Previous On-site work at DOJ to resume, at 30% capacity, on March 24
Next Police chiefs ordered: Guard access points of ‘NCR Plus’ bubble