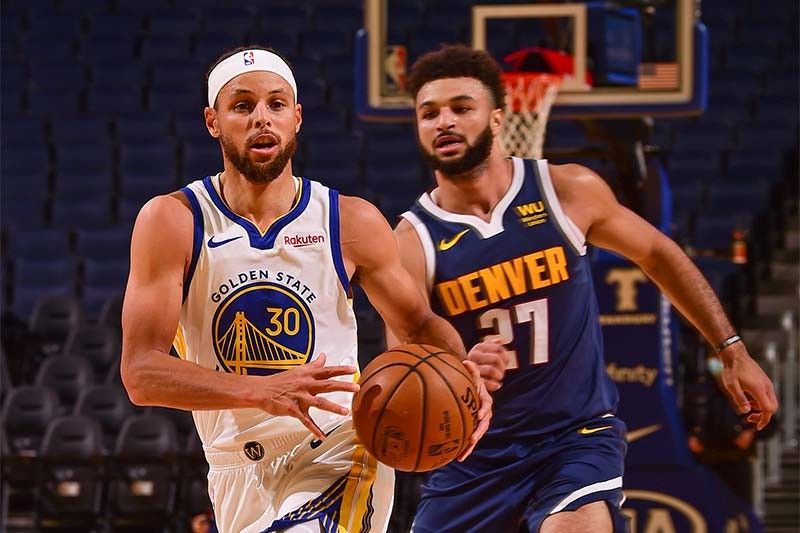 SAN FRANCISCO, CA – DECEMBER 12: Stephen Curry #30 of the Golden State Warriors drives to the basket against the Denver Nuggets during a preseason game on December 12, 2020 in San Francisco, California at the Chase Center.
Luisa Morales (Philstar.com) – December 13, 2020 – 1:26pm

MANILA, Philippines — The Golden State Warriors and the Dallas Mavericks are off to winning starts on Saturday (Sunday, Manila time) against separate opponents in the second day of the NBA's preseason hostilities.

The Warriors, who are still reeling from a season-ending injury to star Klay Thompson, eked out a 107-105 win over the Denver Nuggets at home.

Stalwart Draymond Green and rookie addition James Wisseman did not play in the game.

Luka Doncic and Maxi Kleber boh tallied 13 points to propel the Mavs past the Bucks despite reigning MVP Giannis Antetokounmpo's 25 points for Milwaukee.

In the other games, Isaac Okoro impressed in his debut for the Cleveland Cavaliers with 18 points, 16 of which were in the final salvo including an and-one in the final moments of the game that propelled the Cavs to the win.

But it was Cedi Osman who top-scored for Cleveland with 23 points in the 107-104 win over the Indiana Pacers.

The Memphis Grizzlies also took a squeaker over the Minnesota Timberwolves, 107-105, with reigning Rookie of the Year Ja Morant leading the pack with 20 points.

The Utah Jazz and the Oklahoma City Thunder also took wins over the Phoenix Suns and the San Antonio Spurs, respectively, to wrap up the day's games.

The Los Angeles Lakers' 87-81 win over the Los Angeles Clippers and the Houston Rockets' 125-104 thrashing of the Chicago Bulls were the highlights of opening night of the preseason on Friday (Saturday, Manila).