Watchdog seeks probe on killings, arrests of IPs in Panay 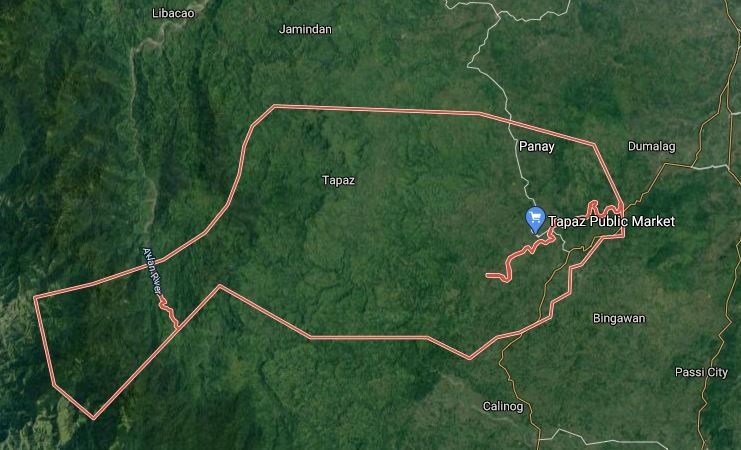 This satellite image shows Tapaz in Capiz, where arrests were made that led to infighting and later on resulting in several members of the Tumandok being killed

MANILA, Philippines — A human rights watchdog on Thursday called for a probe on the joint police and military operations in Panay that resulted in the killings of indigenous leaders and the arrest of more than a dozen.

The group Karapatan in an incident report Wednesday said nine leaders of the indigenous Tumandok had been the casualties in operations by the army, PNP and the Criminal Investigation and Detection Group in several communities in Tapaz and Capiz.

Among those killed were identified as Eliseo Gayas Jr., Mauro Diaz, Arcelito Katipunan, Mario Aguirre, Roy Giganto, Jomer Vidal as well as Dalson Catamin, who was the village chief of Nayawan in Tapaz.

The joint operations were reported to have taken place at 4 a.m. of December 30, when authorities attempted to serve search warrants for illegal possession of firearms and explosives on 28 individuals.

Karapatan Secretary General Cristina Palabay in a statement said the incident was meant to put fear on the indigenous peoples who oppose projects that could displace them from their ancestral domains.

"Right on cue, the police and the military are already peddling the tokhang-style ‘nanlaban’ narrative and red-tagging them to somehow justify these killings," she said, "but the narratives from their relatives and their communities themselves debunk all the lies to prove one thing: this is a gruesome, cold-blooded rampage of killings."

Some 17 indigenous peoples were also arrested in various barangays in Calinog in Iloilo and Tapaz in Capiz.

He also said too that those who were served with arrest warrants were supposed members and supporters of the CPP-NPA.

It was not immediately clear which court and the judge who signed the warrants.

Peasant group Kilusang Magbubukid ng Pilipinas condemned the incident and said the arrested Tumandoks were opposed to the construction of a river multipurpose project in Jalaur, which was also in Karapatan's report.

"The police and military will most likely present the killed and arrested Tumandoks as members of the New People's Army when in fact, they are farmers and indigenous people defending their ancestral land and farms against landgrabbing," said KMP's Danilo Ramos in a statement.

The human rights commission has yet to comment on the killings and the arrests.

But this year saw military and government officials leading the efforts to link activists, human rights advocates and even indigenous peoples with the armed movement, with some ending up being killed.

In Congress, where several lawmakers are also being red-tagged, funding for the government's anti-insurgency fund at P16 billion was also highly questioned. It has, however, made its way to the ratified version of the spending plan that was recently signed into law by President Rodrigo Duterte.

Sandugo, a movement of Moro and Indigenous Peoples for self-determination, said one of those arrested is Luisito Bautista Sr., a barangay official who was red-tagged by the NTF-ELCAC last month.

"Activists like them constantly brave the shadow of death in order to defend our land, environment, and basic rights," the group said. "Those who call them terrorists—Duterte and his allies, the police, and the military—are the very ones who steal, abuse, and kill with impunity."

The issue had reached new heights so much so that even the United Nations' Human Rights Office noted red-tagging as posing a "serious threat to civil society and freedom of expression" in its report last June.

“Human rights advocacy is routinely equated with insurgency and the focus diverted to discrediting the messengers rather than examining the substance of the message,” the report said. “This has muddied the space for debate, disagreement and for challenging State institutions and policies.”

Government's anti-communist task force has also been sued over red-tagging individuals, as well as propagating false information to try and establish links with the CPP-NPA, despite claims remaining to be unsubstantiated. — with a report from Gaea Katreena Cabico