Staying true to its musical core is what WAYBETTR upholds. Its journey and partnership with VIVA Music Group have officially begun. The new music label aspires to create and explore more the Filipino sound with hip-hop as its main genre.

“We don’t really want to label ourselves early on,” said Wilde Quimson, also known as NAKI, one of the label’s two founders, when asked about WAYBETTR’s identity, in a recent virtual media call. The other one is Emmanuel Salen, a.k.a. NEXXFRIDAY, who also graced the event. “We’re really focused on creating (music), whether it be mainstream or whether it be something different. We don’t really try to label it early on. We’re just trying to create, whatever comes out comes out. One of (our) guiding principles is to stay as authentic as possible but (we) also allow people to relate to us. I guess (there will) be certain songs you’ll hear from us that are kinda mainstream, there (will) be songs na talagang hindi pa naririnig before sa Philippines.”

What WAYBETTR promises is a good, balanced mix of mainstream and new tunes that will appeal to the ear and mind of listeners. The label will also bank on NEXXFRIDAY’s experience as a producer of such hits as Pakinabang by Ex Battalion and Sandali by Because, and NAKI’s background in digital and performance marketing. The latter shared in a press statement that “majority of our operational and marketing efforts will leverage our understanding of data and technology, digital communities and digital marketing.”

Although its music is evolving, WAYBETTR has already a sound of its own. “One of the words that we’ve been hearing from the people in the industry that have listened to our songs is it’s wavy,” said NAKI. “It’s a very modern term, it’s a wavy type of sound. Since me and NEXX are both producers, when we’re creating a sound, what we prioritize is the feeling behind the sound. From the production, that’s gonna carry the emotion and the feeling of the track… I guess one another description I can add to our sound is, of high quality. You’ll definitely hear our attention to detail, all the little sounds, all the little nuances in the track, talagang pinaglalaanan namin ng oras ‘yun (we would give each ample time). It’s wavy, it’s high quality. It is very detailed.” DEN?, the music label’s first official artist, will release her debut single Gusto With Ya tomorrow, March 12, in all digital streaming platforms

The listening public can expect more Filipino elements (as manifested also in the musical instruments) being incorporated into WAYBETTR music. NEXXFRIDAY will take the lead in utilizing sounds that are described as Pinoy classic and reminiscent of songs played on the radio that parents of their generation listen to. WAYBETTR’s task is to capture the essence of that (collective) sound and give it a modern twist. “That’s how we incorporate a lot of Filipino elements into our music,” said NAKI.

The media brief shared that NAKI considers Scooter Braun, Kanye West and Elon Musk as his musical influences, while NEXXFRIDAY has Mark Beats, Flip D, Bojam, Klumcee, Mike Dean, OVO40 and Illangelo on his list. The group interview also had NAKI sharing that he grew up listening to his parents’ choice of 2000s and ‘90s R&B. With that, WAYBETTR takes on the challenge to create a hip-hop or a rap sound that is uniquely Filipino, as NAKI said in the media information and interview, given the Western influences any artist has encountered. The music label will continue the tradition of finding and expressing the Pinoy voice in music. It is also a creative avenue for hip-hop people to converge and collaborate.

WAYBETTR “rides on its creative waves” to disrupt what is existing by coming up with something new. “In the past five years, dahan, dahan ng nag-iba yung consumption ng music (the music consumption has slowly changed), it has become increasingly digital,” said NAKI. “Everybody that’s playing in the music space is slowly adapting to it. What I meant by being a disruptor in the industry is that we’re gonna be a digital first type of record label. We already understand what the people like, what our audience likes, what type of content they want from us and we know how to reach them through our platforms.”

The creative people behind WAYBETTR need, as NAKI suggested, is to maximize the tools they have access to and stick to their strategy in creating authentic music, which comes “from our own take and just publishing it, capturing the ears of the audience. Mostly (it’s) taking the risk on our sound and just going for it.” 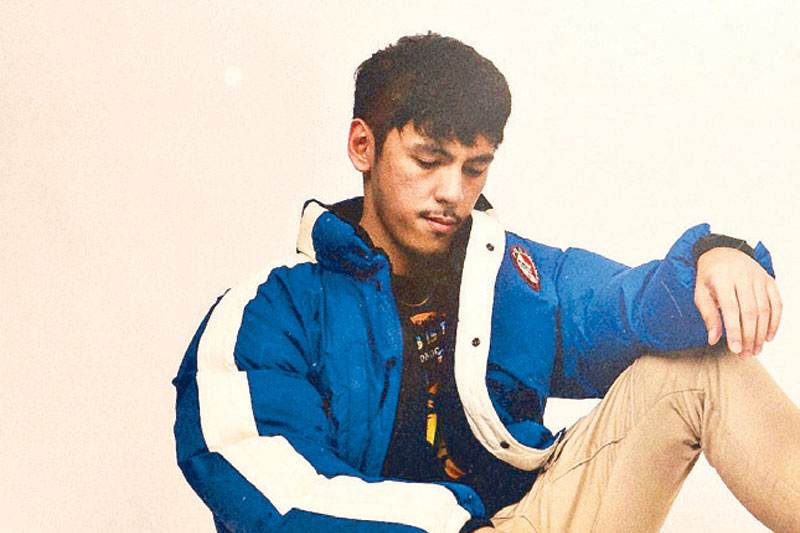 Among its artists are DEN?, (which is pronounced as the name Deni, not the verb “deny”), FTD, Jae K and the Tus Brothers. As WAYBETTR’s first official artist, DEN? will release her debut single titled Gusto With Ya tomorrow, March 12, in all digital streaming platforms. DEN?, based on the information given to media, is a singer-songwriter, R&B artist and dance artist. She is into contemporary R&B and pop and worked with BECAUSE as a session musician.