‘We barely have enough’: ICU beds for COVID-19 patients almost full in PGH 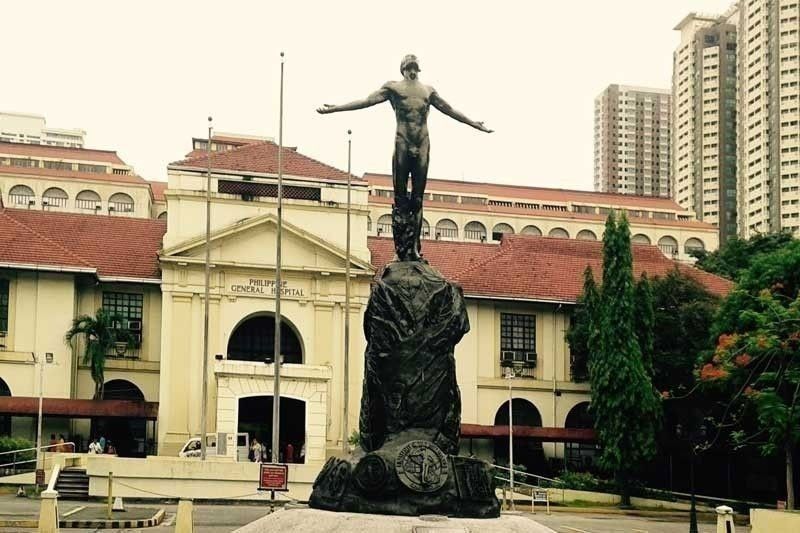 MANILA, Philippines — A Philippine General Hospital spokesperson on Wednesday bared they are now nearing full capacity for COVID-19 patients in intensive care unit of the country's largest referral facility for the infected.

Dr. Jonas del Rosario early this week said the state-run PGH has seen a "consistent" rise in patient admissions, or up to 143 from some 100 just last month.

That number has continued to rise, and the hospital is now tending to 154 patients, Del Rosario told CNN Philippines' "The Source."

He added the facility has 225 allocated beds for coronavirus patients, 40 of which are for those in ICU that are already almost entirely occupied.

"We have barely enough," he said in mixed English and Filipino. "Yesterday, when we were looking at the census, it's almost 90% full for the adult ICU. Only a few are left, perhaps five or six beds."

The Philippines is dealing with a new uptick in coronavirus cases that experts said is another surge, a terminology that authorities have refused to say.

Despite shying away from its use, the Department of Health has admitted to seeing an increase in infections across the regions, taking into account the impact of the highly infectious Delta variant of COVID-19.

Del Rosario said many patients are still waiting to be admitted in their facility, and others to be transferred to different hospitals.

"Some of them are severely or critically ill and the issue is we don't have [enough] ICU beds for them," Del Rosario added.

The PGH spokesperson noted that children admitted to their ICU for COVID-19 tend to have more severe conditions.

Seven out of the eight beds allocated in the unit are taken, according to Del Rosario. Three children are intubated while the rest require oxygen supply.

While he said PGH has taken in pediatric patients in the past, "it just seems to us they are sicker now."

"When we mean sicker, most have severe pneumonia and need to be intubated," Del Rosario added. "Some have underlying comorbid conditions."

Local regulators have cleared Pfizer's vaccine for 12 to 15-year-olds, while Sinovac has applied to use its jabs on children as young as three.

Still, there remains no plan yet to open COVID-19 vaccinations for children. Inoculations are still on those in the government's priority list or on persons most vulnerable to contracting the disease.

Metro Manila accounts for 47 cases of the Delta variant out of the country's total of 226 per DOH figures.

Del Rosario said 21 of their patients more than a week ago were confirmed with the Delta, with two deaths and six recoveries.

But he also lamented they could not be sure how many variant cases remain among their 154 patients.

The hospital, Del Rosario said, continues to send samples to the Philippine Genome Center for sequencing. But with limited resources there, he said the turnaround time for results "is not that great."

"Our general rule [is] we assume that everybody who is admitted to PGH right now, they are presumed to have the Delta variant," the spokesperson added.

Health authorities have confirmed local transmission of the variant that is seen to be driving surge in cases across Southeast Asia.

The rising infections in the Philippines have led government to tighten curbs anew. The capital region, home to 13.4 million people, will return to stricter lockdown beginning August 6 that would stretch to August 20.