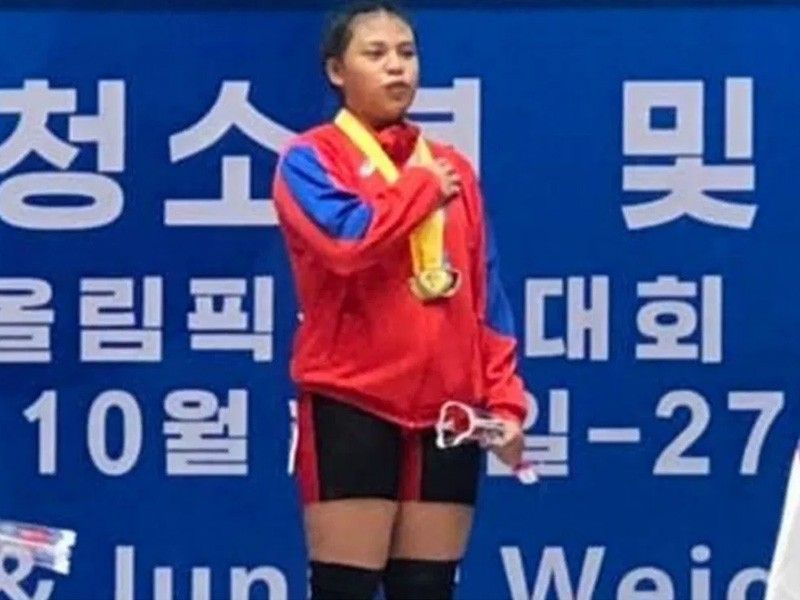 Samahang Weightlifting ng Pilipinas president Monico Puentevella said he would try to pull some strings to have the 17-year-old sensation, who captured two gold medals and a silver in the Asian Weightlifting Championships in Tashkent, Uzbekistan a few days ago, to get a slot to the Summer Games via the backdoor.

If Sarno gets the slot, she will join 2016 Rio silver medalist Hidilyn Diaz, who sealed her fourth stint in the Summer Games with a fourth-place effort in Tashkent, as well as gymnast Caloy Yulo, pole-vaulter EJ Obiena and boxers Eumir Marcial, Irish Magno, Nesthy Petecio and Carlo Paalam.

Similarly, the 30-year-old Diaz took the same path when she made it to her very first Olympic stint in 2008 in Beijing.

“That is how I started Hidilyn and now this is her fourth appearance. We have to start them young,” said the former Bacolod Mayor and Congressman and Philippine Sports Commission (PSC) board member.

Puentevella is also hoping that Elreen Ando — who had two silver medals and a bronze in Tashkent — and Kristel Macrohon — who had two bronzes — could still make the cut as the final Tokyo casts are still being computed by the IWF at press time.

“I’m praying for that to happen,” he said.