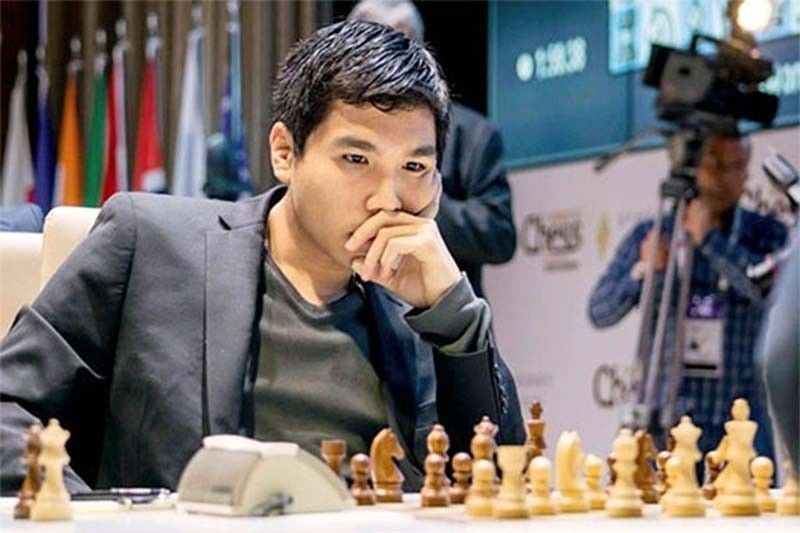 MANILA, Philippines — Wesley So, a Philippine-born chess player who is now representing the United States, believes Filipinos have a strong chance in excelling in the sport than in ball games.

“Filipinos should play chess. Our natural ability is not for foreign ball sports,” said the 27-year-old So in his message during the Professional Chess Association of the Philippines’ online drafting last Sunday.

So had actually walked the talk after he took the world champion in Fischer Random last year, claimed his second US crown last October and slew reigning world standard, rapid and blitz champion Magnus Carlsen a month ago.

The country had also produced a world champion for the physically disabled in Sander Severino this year and world kiddies blitz champion in Mark Paragua two decades ago.

“Our natural, God-given ability is in the way we use our brains. Who is more resourceful, creative, innovative and imaginative than the Filipinos,” said So. “Who manages to survive no matter what the world throws at him? Who is consistently devising plans to win?

So also lauded the PCAP, chaired by Michael Angelo Chua with Atty. Paul Elauria as commissioner, for coming up with a novel idea of establishing the country’s first pro chess league.

“I was excited as well as surprised when I heard about the formation of the PCAP. It takes such courage and stamina to start thinking differently in an arena where thinking has been characterized by complacency and status quo,” said So.

Meanwhile, nine GMs headed by living legend Eugene Torre, who was tabbed by Rizal, were among the 96 picked by 24 participating teams in the league that unfurls on January 12 next year.

Share
Previous Economics issues that big thinkers say need the world’s attention in 2021
Next ‘Isolated incident’: Despite Tarlac killings, no policy changes in PNP ahead