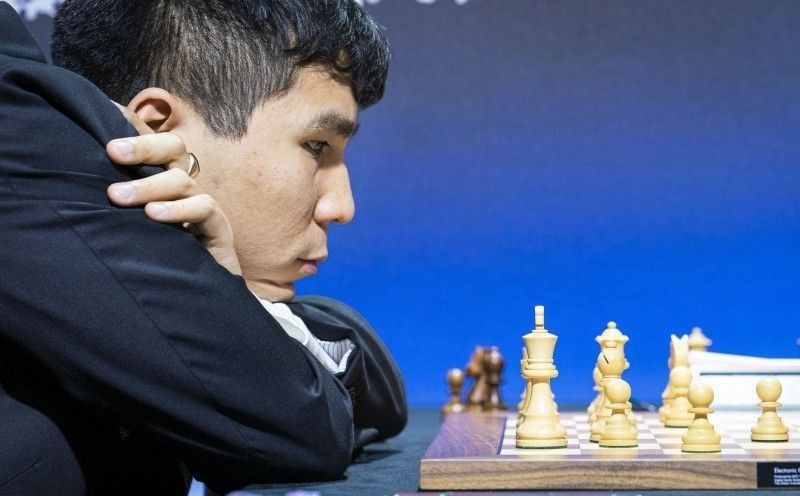 MANILA, Philippines – The 2021 US chess champion is a full-blooded Filipino — Wesley So.

The 27-year-old So, born and raised in the Philippines but is now an American citizen, bested Fabiano Caruana and Samuel Sevian in the rapid playoff to rule the annual event at the Saint Louis Chess Club in Missouri Tuesday (Wednesday, Manila time).

It was the second straight US Championship crown for the world Fischer-Random king and third overall after reigning supreme four years ago when he turned back Alexander Onischuk in another rapid tiebreaker.

So later said he never really expected to win after he finished tied for first with Caruana and Sevian with 6.5 points apiece in the 12-player tournament that forced a playoff tiebreaker.

“I thought the tournament was pretty much over by yesterday (Monday). Fabiano almost won three games in a row,” So said in a chess.com story. “It just gave me a new breath of life that the tournament was not yet over, that I might still have some chances.”

It helped that So played like he has nothing to lose and everything to gain.

“I just wanted to play fast today (Tuesday) and make some good moves. “I was playing with no pressure. I did not expect this playoff, so I was just playing chess. If chances come, good, if I lose, that’s fine,” he said.

That mental approach bore fruit as So kept his cool in the endgame while Caruana buckled in tremendous time pressure that saw the latter blew a winning advantage and allowed the former to snatch the win.

It turned out to be the clincher as So tore Sevian apart to claim the crown.

“Fabi plays for a win with both colors, soon I found myself in a very difficult position. Probably, in the endgame, he missed a win somewhere,” said So of Caruana.

Share
Previous New COVID-19 cases in Japan’s capital plummet to 11-month low, but health officials not sure why
Next ‘World’s longest cinema lockdown’ to end in NCR, restore 300K jobs