What it means to stand at the foot of the Cross

What God has done for us and what does God work do to us are the readings on this Good Friday. 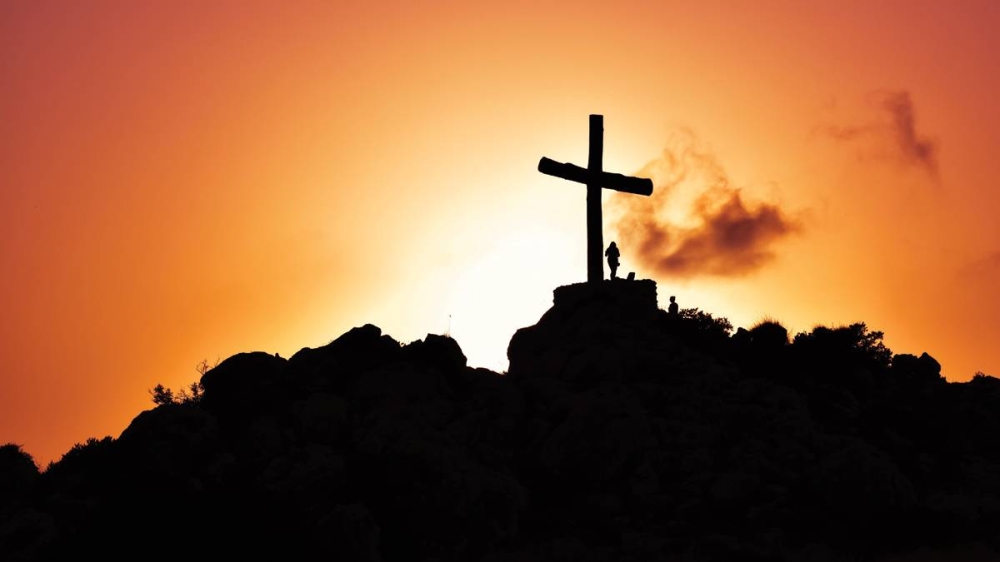 Many followed Jesus but only a few stood at the foot of the cross, only those whose lives were nourished byGod’s light, life and love; only those who remained faithful to God. PHOTOS FROM PEXELS.COM

The first reading from prophet Isaiah is the hymn about the Suffering Servant. Isaiah spoke of a suffering servant who suffered on account of our offenses. He endured the penalty for sins, to heal us.

Although Israel was unfaithful to God, God remained faithful and made it possible for Israel to return to Him. The suffering servant endured the suffering with a closed mouth, for his mouth and ears were formed well by God. The servant only spoke of what God told him. He was truly God's representative. What did he get in return for his faithfulness to God? He was humiliated, buffeted, and spat on.

However, he responded to this persecution not with brutality, which was the norm of the world, but with calmness and serenity. Why? For it was clear to him that God was his help and no one could shame or disgrace him. God was the source of his courage, strength, and fortitude. The dignity and authority of the suffering servant were grounded on doing the will of God.

This servant of the Lord is a of contradictions in the eyes of man — he is exalted to the heavens, but he is disfigured and maimed. However, he is the reconciliation in the eyes of faith — it is through his wounds that we are healed.

The figure of the suffering servant of God was fulfilled in Jesus. We read this in the Second Reading from the Letter to the Hebrews. Jesus was with God from the beginning but He entered the human reality for it is the human condition that must be saved. He became one with us, understanding our human condition including its weakness and vulnerability. Jesus is the “high priest who has similarly been tested in every way, yet without sin.”

As the high priest fully comprehends us and is able to intercede on our behalf before the Father, “He offered prayers and supplications with loud cries and tears to the one who was able to save him from death, and he was heard because of his reverence.”

The passion according to the Gospel of John allows us to enter the mystery of God's love for us through the cross. The suffering of Jesus reconcile us with God and with each other. The passion of the Lord brought healing to our woundedness and brokenness. The death of Jesus brought life to us in God. We read this in the passion of John in three episodes — the Mother of Jesus and the Disciple whom Jesus Loved at the foot of the Cross; the witness at the cross; and Joseph of Arimathea. (Jn. 19: 25-27)

To think that one is alone causes depression and anxiety. It brings about inflamed loneliness that kills not only the body but even the spirit. Perhaps, many of us experienced this during the pandemic. The mother of Jesus, however, was secure from it. Jesus made sure she would not be alone and gave her a companion, the disciple whom He loved. Our Blessed Mother would not be abandoned; on the contrary, she would be loved in the way Jesus loved His disciple. It was not the love of the disciple which would care for Jesus' mother – it was the love of Jesus Himself that flowed into the life of the disciple. Indeed, the mother of God was at home not at a specific address or earthly dwelling but at home with the love of God.

Like our Blessed Mother, do we find our home in Him? As the Psalms proclaim, “Blessed are those who dwell in your house! They never cease to praise you.” (Psalm 84:5); “Lord, you have been our refuge through all generations.” (Psalm 90:1)

We are reminded of Genesis 2:18, “The Lord God said — It is not good for the man to be alone. I will make a helper suited to him.” Since God loves us, He will make sure that we will not be alone, abandoned, deserted, and unaided. His love will bear the fruit of renewed relations in our lives. This is God's action in our life.

When we set ourselves totally on God, He acts on us, making us truly intimate in our human relationships.

In the passion narrative of John, we are told of a witness whose testimony he gave was true. (Jn. 19:35)

Such testimony is a testimony of faith. In the passion narrative of Mark, the witness was identified as the centurion who proclaimed that “Truly this man was the Son of God!” It was a Roman soldier, not the Jewish people and authorities, and even his disciples who recognized who Jesus is. The Roman solider sees Jesus as the son of God. After all the false accusations, humiliation, beating, insults, denials, betrayals, and abandonment, the story comes in denouement with the faith of this witness, the believing centurion. The passion and death of the Lord is not put to waste like the broken alabaster jar. True love can never go to waste. In time, it will bring the fruit of faith.

Joseph of Arimathea (Jn. 19: 38) was a secret disciple of the Lord, for as a respected member of the Sanhedrin, he feared the wrath of the Jewish people. The false judgment, suffering, and death of the Lord, however, filled him with Divine courage to ask Pilate to allow him to receive the crucified body of Jesus. He went on the evening of the day of Jesus' crucifixion and death — the day of Preparation, which was the day before the Sabbath. This was a very close encounter with the disfigured body of Jesus.

We are reminded of the prophecy of Isaiah (Isaiah 52:14), “Even as many were amazed at him — so marred were his features, beyond that of mortals his appearance, beyond that of human beings.”

Together with Nicodemus, Joseph took down the body of Jesus from the cross, “and bound it with burial cloths along with the spices, according to the Jewish burial custom.” (John 19:40)

Although he was once a secret and fearful disciple, Joseph of Arimathea became a spirited and fearless disciple of Jesus. He no longer hid in anonymity but came forward as a disciple who was strengthened and fortified by the love of His Master.

On this Good Friday, God pours immensely and lavishly His love on us. Let us receive it well so that it purify, sanctify, and gives us life. It is through His love that we are saved and reconciled with Him.