What makes the hunky Marco blush? 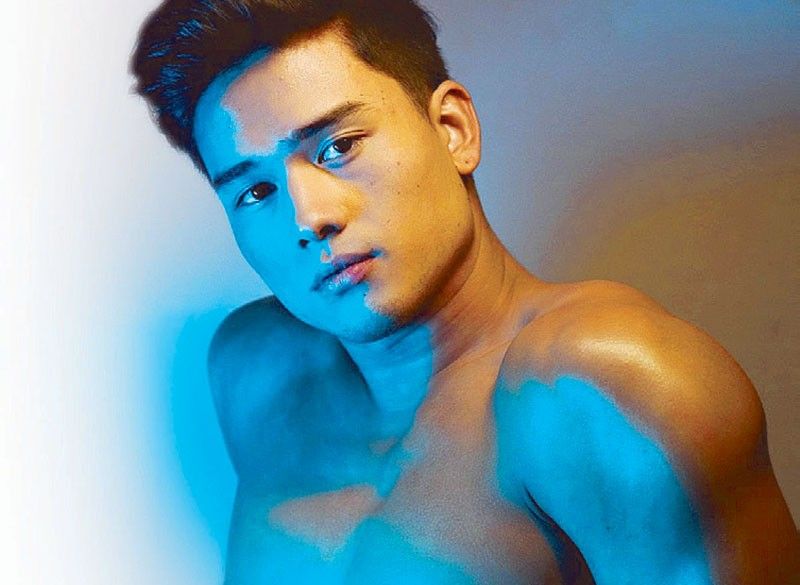 Marco Gumabao is one of showbiz’s most handsome actors. A six-foot-tall hunk with well-defined abs, this certified bachelor will turn 27 on Aug. 14. Marco is also Sharon Cuneta’s leading man in Revirginized, the movie directed by Darryl Yap that will be streamed on Vivamax starting on Friday, Aug. 6.

Marco is known in showbiz circles as the brother of Michelle Gumabao, the former UAAP volleyball player from DLSU, TV personality and beauty queen. As the son of actor Dennis Roldan and former fashion model Loli Imperial, good looks are in Marco’s genes.

The trailer of Revirginized has been viewed more than a million times to date, and the clip where megastar Sharon Cuneta does a “body shot” on Marco elicited shock and awe from her more conservative fans. In fact, as soon as the trailer was released, Sharon immediately took to social media to caution her Sharonians about the movie, adding that she has earned the right to take on daring challenges after 43 years in the industry.

In Revirginized, Sharon plays Carmela, who had a child when she was 16 and thus “robbed” of her youth. Many years later, she separates from her husband (played by Albert Martinez) and goes on a journey of self-discovery. Marco plays an important role in her character’s re-awakening.

When Marco learned that he was going to play opposite Sharon, he immediately went to work, understanding, analyzing and memorizing his lines. He didn’t want to fall short, and more importantly, he didn’t want to disappoint Sharon.

For Marco, the “body shot” scene with Sharon wasn’t at all difficult or awkward, but fun. The scene he found more challenging was the one where he was egging her to push a car into the water. Because it was their longest scene together and he knew Sharon was going to give it her all, he had to level up his acting prowess. Marco believes he was able to deliver the scene’s demands and is very happy with the result. To him, there are many characters in the movie that are relatable and situations that viewers will be able to identify with. He is excited for the movie and is confident that people will enjoy Revirginized.

Days before the film’s release, I asked Marco if he was open to having an affair with a married woman or having a May-December affair. After all, such relationships are no longer surprising in show business these days. Look at Dra. Vicky Belo and Hayden Kho, who have 25 years between them; Ai-Ai delas Alas and husband Gerald Sibayan, who have a 29-year age gap; and Vic Sotto and Pauleen Luna, whose age difference is 34 years! Marco respectfully said that this kind of relationship isn’t for him.

I then asked if he’s had any indecent proposals from either matrons or gays. He replied that he gets lots of them on his social media accounts, but doesn’t take them seriously. Luckily, he hasn’t gotten such an indecent proposal in person, because that would be very awkward for him. Apparently, there is a way to make the hunky Marco blush!