Whatever happened to: Body cameras for the Philippine National Police 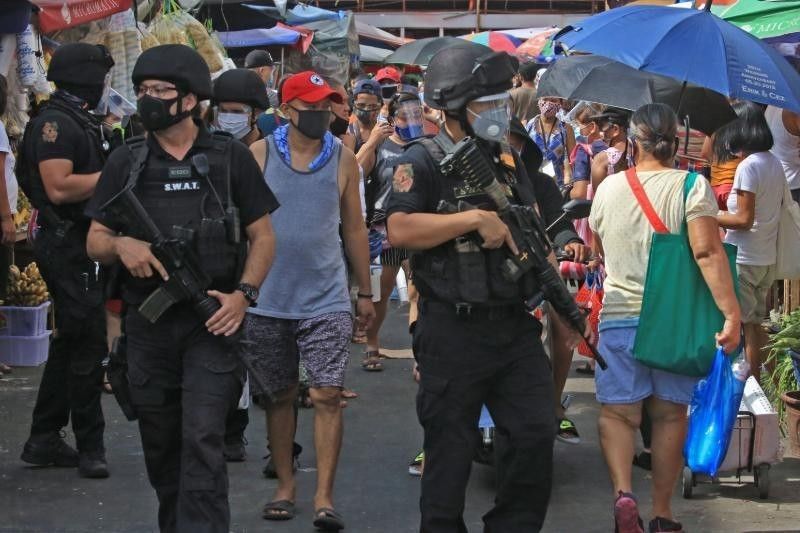 MANILA, Philippines — Nearly three years since the country's police force got millions in funding for body cameras from calls for transparency in its operations, the fulfillment of the project remains unclear to date.

The apparent delay has led members of the progressive Makabayan bloc in Congress to call for a probe, especially with cops figuring in a string of documented cases of police brutality in 2020 alone.

Lawmakers in a resolution on Thursday called the delay in the rolling out of body cameras within the PNP as a "disservice to the people," citing deaths by civilians that had apparently continued.

"More than two years since the budget [was] approved, the PNP has yet to complete the procurement and distribution of the devices meant to increase police accountability and transparency," the bloc said. "[The] immediate use of the budget could potentially curb further police abuse and excesses against civilians."

The PNP has since come under scrutiny at a time when more of their men have been deployed to monitor public's compliance on health standards due to the pandemic.

In April, there was the shooting of retired military man Winston Ragos, by December, the gruesome killing of mother and son Sonya and Frank Gregorio, and capping off the tumultuous year, the nine indigenous leaders killed in an operation.

But efforts to roll out body cameras had long been in place, as early as 2017.

It was significantly due to public outrage over the killing of 17-year-old Kian delos Santos by law enforcers caught on CCTV footage and, a year later, were sentenced to jail — so far the only court conviction on the Duterte administration's "war on drugs" that has seen thousands killed.

Congress in the following year approved a P334 million budget for the purchase, but the PNP's bidding would only begin by late 2019. A spokesman then said the delay is due to the force looking for cameras with more advanced technology.

But in the same year, the acquisition was marred by an alleged P5 million extortion attempt by three ranking PNP officers involved in the bidding, all of whom were eventually sacked.

At a hearing in October last year for the interior department's 2021 budget, then PNP chief Gen. Camilo Cascolan said some 2,600 units of the body cameras were supposed to be delivered by end-September.

But by December, current PNP spokesperson BGen. Ildebrandi Usana said the cameras are still on the procurement stage.

Sought for an update more than a month later, Usana told Philstar.com on Thursday that he could not give any update as the efforts are being handled by the logistics arm of the police.

Only recently, Catholic bishops from Western Visayas led by Jose Cardinal Advicula made the same demand after the Tumandok killings in the region.

In the Senate, a measure has since been filed to make it a requirement after the arrest of a peasant organizer on what groups said were from planted evidence and trumped up charges.

Still, it is unclear as to when exactly would the body cameras be in place.

But calls for it are unlikely to go away, especially since the PNP and the administration had rejected calls for reform and denied that erring cops' behavior are rampant in the organization, striking fear that a repeat of such cases are likely to happen. — with reports from Xave Gregorio