Whatever happened to: Quarantine violators in Philippine government 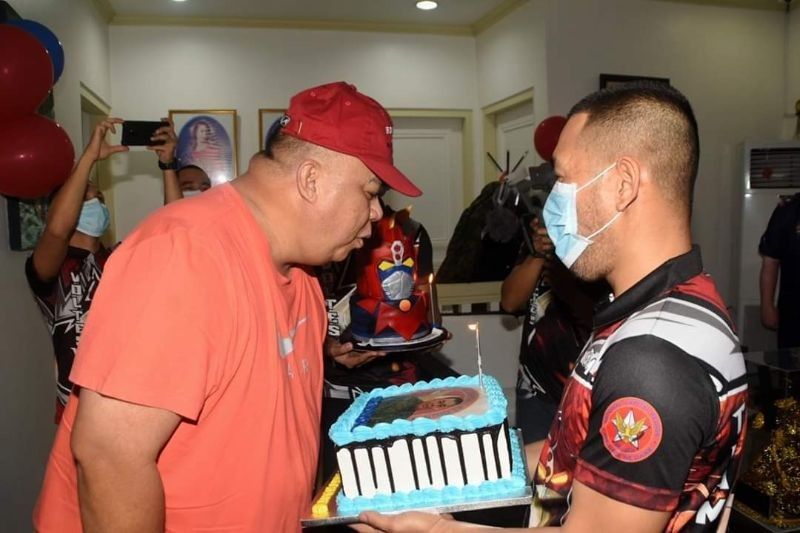 Photo shows Police Maj. Gen. Debold Sinas not wearing a face mask at a birthday party he denied having, and then later said did not have any violations.

MANILA, Philippines — To put it plainly, not much, really. (So far, at least.)

So-called investigations ended up going the opposite direction, in fact. One got a promotion. The other apologized and moved on. Excuses were made.

In most if not all of these cases, probes into the well-documented incidents of quarantine violations ended up unmoving in bureaucratic stasis.

Others who are not lucky enough to hold government positions have been jailed and even shot for breaching social distancing protocols.

As President Rodrigo Duterte’s Philippines ravaged by the coronavirus pandemic ushers in a new year, what are our quarantine violators in government up to now? Here’s a quick recap.

In the span of a week, photographs of presidential spokesperson Harry Roque and Sen. Manny Pacquiao addressing crowds went viral on social media after the former was seen attending an island group tour in Cebu. The boxer-turned lawmaker, on the other hand, was captured on his wife’s Instagram stories addressing a crowd at a gift-giving event in Batangas.

Naturally, they defended themselves after drawing criticism on social media. The crowds were outside of their control, they said. The events were not organized by them, after all.

READ: Roque washes hands of speech before mass gathering in Cebu | Roque, who scolds Filipinos for being 'pasaway', justifies 'side trip' to dolphin park

(We’re calling on all, including government officials: If you have activities where you can’t uphold health standards, particularly physical distancing, stop it.)

(Don’t go ahead with that, because you can’t just say sorry if it isn’t controlled. That’s difficult.)

Incidentally, neither Roque nor Pacquiao actually said “sorry” to begin with.

Roque—who once slammed Filipinos for being stubborn and at fault for the increases in coronavirus cases—washed his hands of responsibility shortly after the photos circulated, saying he could not have foreseen that large crowds would gather at an event that he had no part in organizing.

Pacquiao said much of the same.

Months later, the interior department issued a statement detailing the “findings” of the national police’s “fact-finding” initiative over the incident. The PNP, he said, found that “only four” coronavirus cases materialized in the areas where the events were held. The report also said, in conclusion, that some social distancing protocols were followed at the two mass gatherings anyway.

Nothing was said about the fact that the events still drew crowds in the first place, still qualified as "mass gatherings" despite the ongoing pandemic. Despite his earlier warnings against erring government officials, Año’s DILG still referred to the cases as “alleged” cases of quarantine violations, pointing to the ostensibly small number of cases that may have been caused by the event.

He added that no one could really be held accountable over the gatherings.

Whether the breaches in quarantine rules led to increases in coronavirus infections or not is beside the point, as both instances showed a clear disregard for physical distancing protocols that have landed others in jail over the past nine months of community quarantine in the world's longest lockdown. 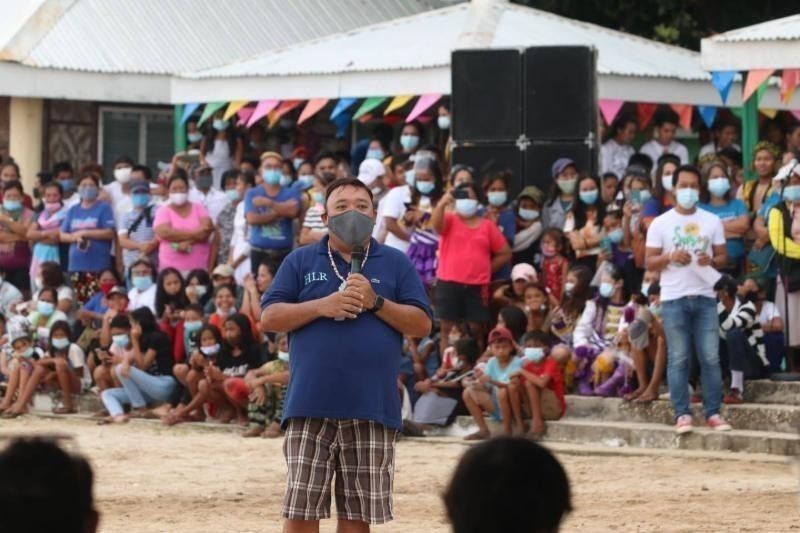 Presidential Spokesman Harry Roque was in attendance when huge crowds gathered in Madridejos, Bantayan Island in Cebu to greet participants of the Suroy-Suroy Sugbo Santa Fe/Madridejos/Bantayan Escapade on Friday.

READ: Sinas: Sanctions over gatherings attended by high-profile officials up to DILG

Sen. Koko Pimentel was among the first government officials to be called out online for violating quarantine rules after the senator, then classified as a despite being a Patient Under Monitoring after reporting symptoms such as body pains and flu, still left his home to go to a hospital and later a shopping center.

He called on the public to respect his right to privacy in the days after his egregious violation went viral.

This, despite Makati Medical Center itself saying that the senator “violated his Home Quarantine Protocol [and] entered the premises of the Medical Center Delivery Room Complex.]”

No less than Health Secretary Francisco Duque concurred with the private hospital, saying the lawmaker indeed breached quarantine protocols when he visited the hospital. “We agree that there was breach of quarantine protocol and this should not have happened," he said in Filipino at a virtual presser later that week.

Months passed without an update on the complaint filed by a private lawyer.

In his counter-affidavit on the complaint later on, Pimentel asserted that it was “principally based on news reports,” and “based on mere hearsay”—despite CCTV footage from S&R Membership Shopping confirming he indeed visited its Taguig branch that same day.

Workers at the membership shopping center also had to observe quarantine after the senator’s visit was documented.

The senator also argued that the private lawyer, “is not somebody who, by any stretch of imagination, could be affected by the events that transpired in the evening of March 24, 2020.”

Whether or not the private lawyer was affected by the events does not seem to have any bearing on whether or not it was actually a violation of quarantine.

The Department of Justice has since reopened its probe into the quarantine protocol breach complaint. 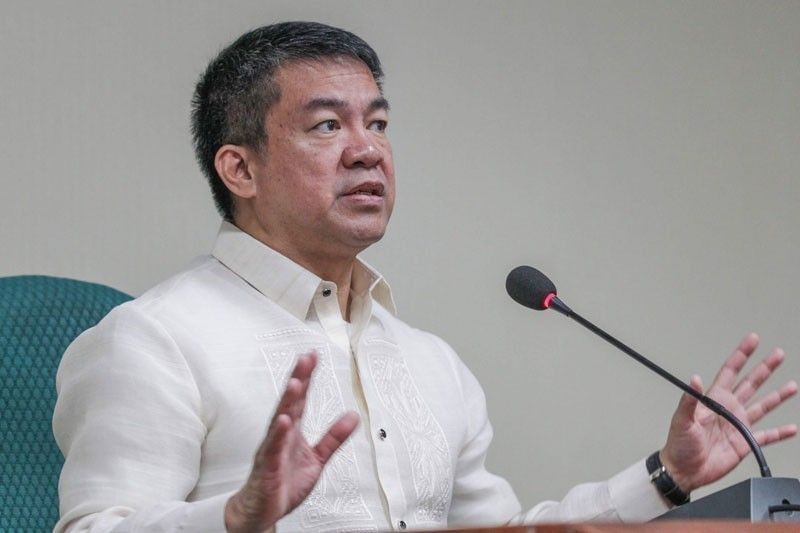 Perhaps the most infamous case of them all is that of Police Gen. Debold Sinas, the current PNP chief who has since become a household name over a birthday party during the enhanced community quarantine that he first denied having, and then later admitted to but said did not have any violations.

Photographs of the event were actually posted by his own office on the National Capital Region Police Office's official social media channels. Still, he tried going the usual route: slamming the credibility of the photos as fake news, claiming the viral photos that were later taken down were "edited."

It is not clear how or why photos of a birthday party would be edited, and then-PNP chief Archie Gamboa went as far as saying that he didn't see any quarantine violations in the party.

"I apologize for what transpired during my birthday that caused anxiety to the public," Sinas said then in a statement.

"May 8 is the day when God aggrandize his love for me and my family for it is the day when I was born. That day, I was blessed and honored that another year has been added to my life," he also said.

The narrative was the same: he had no control over the surprise party his men were planning for him. And anyway, their followed most social distancing protocols, he said, despite photos that showed most of the men— who were, themselves, ranking police execs—not wearing masks.

Later on, the police chief found it in himself to ask the public to move on from the incident on two separate instances.

Año, who oversees the police, said the mañanita was a "big no-no" under lockdown protocols. Later on, though, the interior chief supported the appointment of Sinas as the new chief of the Philippine National Police, saying he should be allowed to begin his term with a "clean slate."

No less than Duterte cleared him of the controversy after his appointment. Nothing has yet come out of the complaints filed against Sinas to this day, even after the Palace promised his appointment would not get in the way of justice. 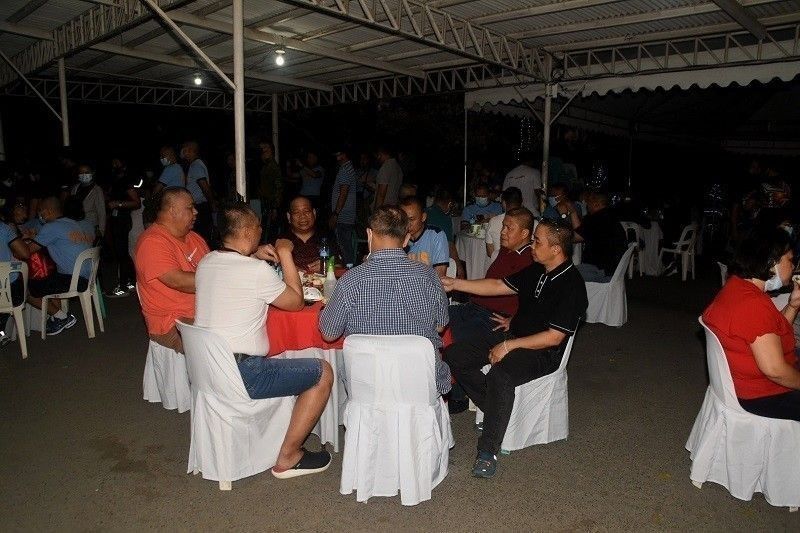 His explanation was much of the same. Most of the protocols were followed anyway. It happened in his leisure time, he said. He was generally following quarantine violations outside of that.

“So, there was no risk of transmission plus I just had a negative swab test result the day before because we had a Cabinet meeting,” he added. “I was requested to sing and the guests came to my table and thanked me. That’s fake news."

In response to mounting criticism, Año said there was no need to investigate the case since Panelo observed health standards during the meet-up with friends.

Over the course of the health crisis, Duterte has shown support for officials involved in controversies but has not extended that same compassion outside of his men.

RELATED: 'By the book': A look at quarantine incidents and police operational procedures

In April, the president told police and military to shoot dead those who would attempt to disrupt public order and violate lockdown measures. Thousands have been arrested, and some have even been killed for violations of quarantine. Quarantine violators have been asked to obey protocol so that police would not need to use Yantok or rattan sticks.

For government officials, it seems breaching protocol is okay, so long as "only four" people transmit the virus as a result.

Regardless, though, mass gatherings, like mañanita celebrations for example, are prohibited under the omnibus guidelines for community quarantine set by the Inter-Agency Task Force on Emerging Infectious Diseases.

As of the health department's latest case bulletin on Thursday afternoon, exactly 472,532 coronavirus cases have been recorded in the country since the virus first emerged in December of 2019.

Duterte has since also shown kindness to Cabinet members and presidential security personnel who were able to secure and take coronavirus vaccines ahead of everyone else and without approval from the health department.

It has been 289 days since the enhanced community quarantine was first hoisted over some parts of Luzon.

— with reports from Kristine Joy Patag, Christian Deiparine and The STAR