‘Who gave you the authority?: Duterte slams ICC anew 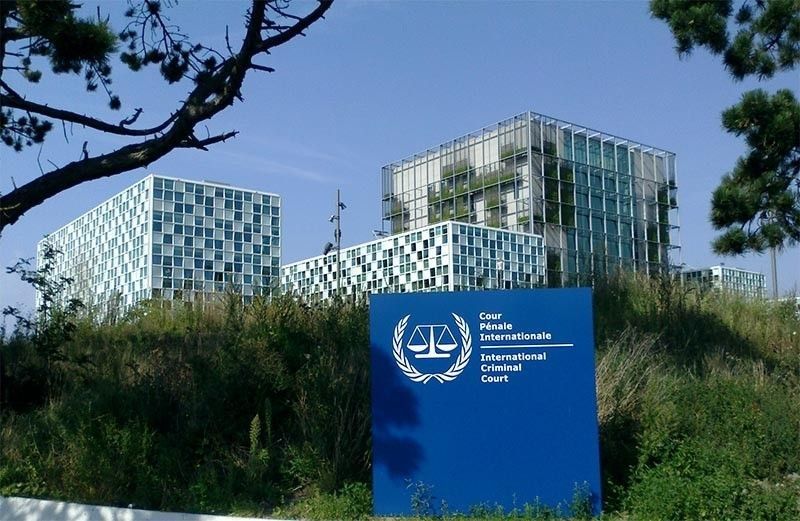 Building of the International Criminal Court in The Hague, Netherlands.

MANILA, Philippines — President Rodrigo Duterte has accused the International Criminal Court (ICC) of interfering in the Philippines' internal matters almost two weeks after the tribunal's prosecutor claimed there was "reasonable basis" to believe crimes against humanity were committed in the country because of the war on drugs.

Duterte questioned ICC's authority to prosecute him and claimed that the tribunal was peddling "nonsense."

"In the first place, why are you interfering in the affairs of my country and other countries? And who gave you the authority? By what divine law gave you the authority…to prosecute me in a…foreign land tapos ang nakaupo puro kayo mga puti na u*** (and all the sitting judges are white fools)?" he added.

Duterte reiterated that he is ready to land in jail because of his campaign against illegal drugs, which has left about 6,000 drug suspects dead, based on police data.

"You must be crazy… We have the courts here functioning. And if the courts say that I should go to jail, I will go to jail. I have no problem with that… I did what I embarked to do. It was an election promise," he said.

Earlier this month, ICC prosecutor Fatou Bensouda said the crimes against humanity linked to the Philippines' anti-drug campaign are murder, torture, and infliction of serious physical injury and mental harm. The ICC prosecutor may decide on whether to seek permission to begin a probe on the Philippie situation in the first half of 2021. Malacañang has claimed that the Philippines cannot be compelled to cooperate with the ICC since it has withdrawn from the Rome Statute, the treaty that created the tribunal.

Duterte, whose strong stance on crime catapulted him to the presidency in 2016, said drug lords and kidnappers deserve to be burned alive.

"The drug lords, even the kidnappers, the drug pushers, bring them to a place where not so many people will be scandalized. Pour gasoline on them and set them on fire. They deserve it," he added.

Critics claim that Duterte's fiery rhetoric has led to extrajudicial killings and other abuses but officials deny this, saying the president respects the rule of law and that he is just fond of "colorful language."

Share
Previous SWS: 91% of Pinoys hopeful for new year, the lowest since 2009
Next Sheryl: Am I pregnant (daw)?