MANILA, Philippines — Netflix’s newest K-drama Nevertheless will surely make you swoon with the blossoming romance between two art school classmates despite them not seeing eye-to-eye on their views about love and dating.

The World of the Married actress Han So-hee plays Yu Na-bi, a young woman with trust issues. She doesn’t believe in love but wants to date around.

Here are reasons why you’ll want to watch the series and most likely fall in love with it:

It’s based on a well-loved webtoon story. The 10-episode series is based on a popular webtoon of the same name. Producing director Kim Ga-ram said during a virtual presscon that when she read the webtoon, she really wanted to turn it into a live-action series to convey the realistic message about love and relationships.

“It’s about something that we all come across when we’re in a relationship. The question that we asked ourselves, what am I doing? That is the very essence of our series. We always risk ourselves and go into relationships, nevertheless,” she said.

“And we also get hurt and we think we don’t want to love anymore, but then we try to find romance once again so that was what I wanted to focus on as we created the series.”

It’s as real as it gets. While there are plenty of K-drama romances to enjoy, the truth is that many of them tend to be more fantasy-like than realistic.

Song Kang said the script appealed to him because “it had that sweetness of romance that we typically expect of young love, but there were other things that I felt like differentiated the story and made it stand out.” 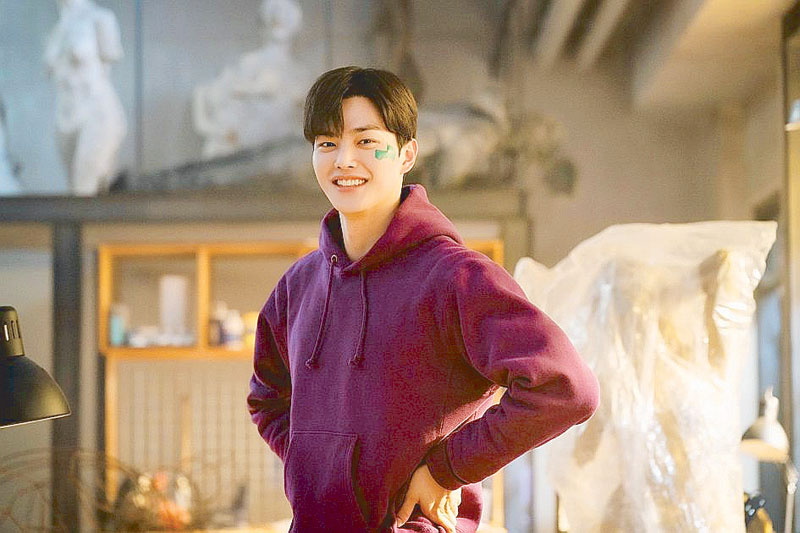 It has super relatable characters. Han So-hee shared that she hopes the audience will find her character relatable, especially as she “wanted to be real and raw” in portraying Na-bi’s emotions.

It has the perfect casting. The casting of Song Kang and Han So-hee got a lot of online attention and media buzz because of their previous dramas and their physical similarities to the webtoon characters.

Director Kim Ga-ram excitedly shared that she immediately thought of the two actors to work with her. “It seems like I’m lying but I’m not. I really thought of them the first moment I saw the webtoon. I really tried hard to cast them because they’re the hottest, rising stars and they’re very busy. I had to ask them multiple times to work together with me in this series. Thankfully, both of them really liked the webtoon.” It boasts of sizzling chemistry between the lead stars. The two said that being the same age helped them develop a friendship and create great chemistry.

Even Kim Ga-ram said chemistry between the stars is “so natural on screen.”

The first episode of the K-drama Nevertheless premiered last Sunday, with new episodes airing every Sunday on the streaming platform.