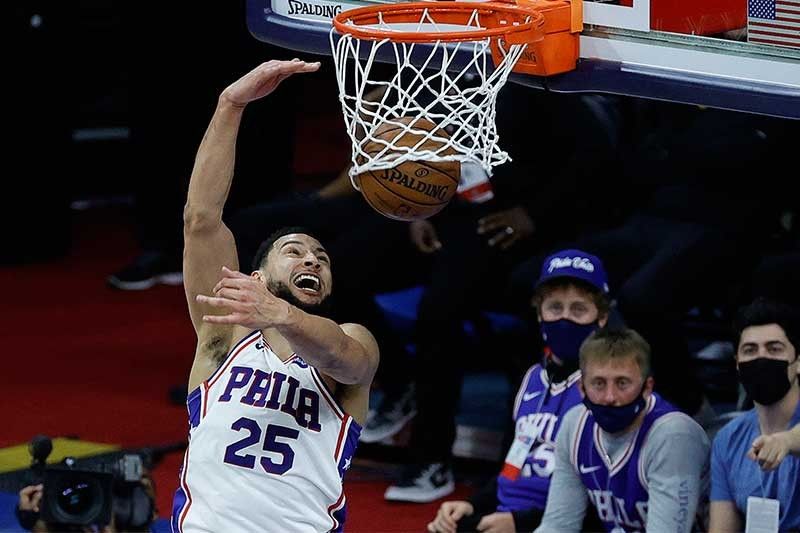 MANILA, Philippines — Ben Simmons has asked out of the Philadelphia 76ers in what has become a highly toxic situation. It has been reported that Sixers have been shopping Simmons around but the takers aren’t offering much.

Simmons said he is willing to sit out the season although that will hurt him financially. However, it is entirely possible that the frayed relationship could be repaired.

This isn’t the worst or most toxic moment in the NBA.

To name just three, there was Scottie Pippen’s poor relationship with the Chicago Bulls’ front office and the coaching staff at one point that he was nearly traded thrice.

Perhaps on a bigger level, there was the feud between Shaquille O’Neal and Kobe Bryant that included the Los Angeles Lakers organization being tabloid fodder for so many years. Simmons’ problems have nothing on that. Phil Jackson even wrote a book and took shots at Bryant.

And the last example was LeBron James and the Cleveland Cavaliers, in which James made “The Decision” to leave the Cavaliers and join the Miami Heat. There were public burnings of jerseys and team ownership took shots at James. But he did come back and mend those fences.

It should be noted that after the feuds were repaired, those players and their teams went on to win championships after. Most notably James and the Cavs where they won the NBA title in 2016.

Which is why this problem between the Sixers and Simmons can be fixed.

The Sixers have to look at their history to see that every time they let go of a star, the team suffered.

Save for Chamberlain and Malone, Philadelphia was embroiled with disputes with Barkley and Iverson and had to be traded.

Malone, in his first year with Washington, helped improve the team win total by three matches with a 42-40 record. They made it back once more to the playoffs but they were bounced in the first round by the Detroit Pistons. The next year, the Bullets were once more ousted by Detroit also in the opening round.

Philadelphia had a good record in the first year of Malone’s trade to Washington but they too were sent packing in the first round by the Milwaukee Bucks.

In Barkley’s first year with Phoenix, he won the Most Valuable Players Award and led the Suns to the NBA finals where they unfortunately lost to the three-peat seeking Chicago Bulls.

After Iverson was traded to Denver, the Sixers did actually play better than in the former’s last season. They improved their win total and went to the playoffs, although they lost to Detroit in the first round. Iverson’s Nuggets also lost to the Lakers in the first round.

Two seasons after, the Sixers regressed and finished with only 27 wins.

Time will tell how this scenario plays out for the 76ers and Simmons.

Share
Previous National Day for Truth and Reconciliation should be a solemn day to reflect, says author
Next Gov’t urged to integrate different contact-tracing systems