Why Yam is dedicating Init to Claire 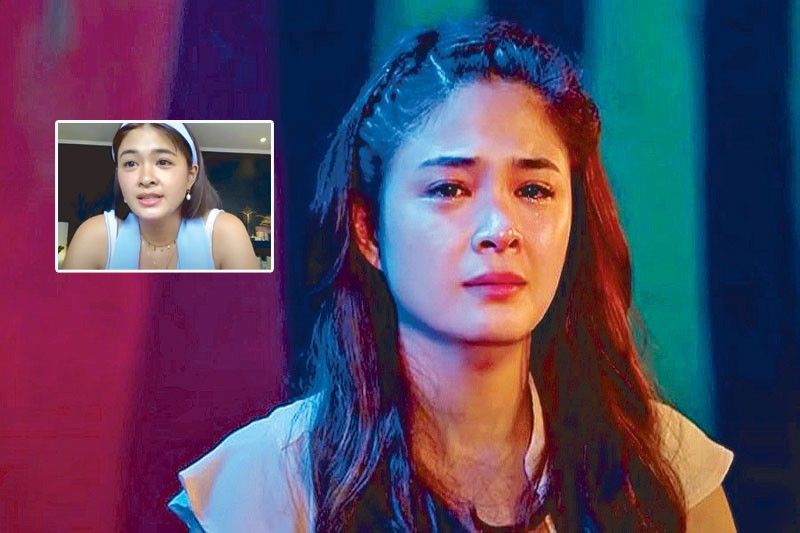 Yam Concepcion is dedicating her new series, Init sa Magdamag, to the late Claire dela Fuente whom she credits for discovering her.

“It was a Sunday when she called me. She said, ‘Yam, napanood ko ang trailer ng Init sa Magdamag. Congratulations!’ We spoke for four minutes. I said, ‘Thank you, Tita Claire,’” she recalled.

“I didn’t expect that she would be gone so soon. So this project is for her because I want to recognize her. Without her, I would not be in showbiz,” she said.

According to Yam, Claire saw her in a music video where she appeared as the leading lady of the Mayonnaise band and referred her to Viva Artists Agency.

Yam, who admits to doing sexy roles since she began in showbiz, is very grateful to ABS-CBN for giving her an important project that challenged her as an actress.

In Init sa Magdamag, Yam and JM de Guzman play the roles of Rita and Peterson, a political couple whose marriage is on the rocks as they have been trying to conceive a child.

Rita believes that they can save their relationship if she bears a child through in vitro fertilization as her husband is incapable of fathering a child due to an accident.

But Peterson proposes what he thinks is a simpler solution — get the barrio doctor, Tupe, played by Gerald Anderson, to be their sperm donor. Unbeknownst to Peterson, Rita and Tupe were once lovers.

Like Yam, Gerald is also grateful for the importance that ABS-CBN gives him by providing challenging roles that are memorable and define him as an actor.

“When I retire or 10 years from now, I want people to remember that I have always done good projects,” he said. “It has been a great relationship with ABS-CBN. Priority ng ABS-CBN to give quality projects sa mga tao at iyon ang No. 1 motivation ko sa career ko.”

When Gerald first read the pilot week’s script, he had just finished doing A Soldier’s Heart. He immediately felt the excitement because of the challenges that his character, Tupe, had to face, which he has not experienced in his life.

“Tupe made a lot of sacrifices for love. I asked myself if I could make the same sacrifices he did. It was his selflessness that attracted me to the character. At kung paano siya magmahal. Iyong hindi kailangan isigaw sa buong mundo,” he said.

Since the trailer of Init sa Magdamag, which is not a remake of the movie in the ‘80s, was uploaded on YouTube, it has hit 12 million views in 13 days. It also became a hot trending topic on social media, especially the scene where Gerald is seen in his underwear while seducing Yam.

“Honestly, I am amused by the reactions. I still can’t believe it,” shared Gerald. “I guess people are bored now. When they saw the trailer, it was something exciting. But the comments that caught my attention were those that described the program as ‘quality.’”

Yam has also read netizens’ comments about the trailer and the scene. She said, ”Nakakatuwa at nakakatawa basahin ang reactions. Gerald is very professional and a gentleman. I only felt his emotions as the character in the series.”

Gerald recalled he only learned about the naughty scene when he was given what he was supposed to wear during the taping.

“The taping was continuous. Somebody handed me the underwear for the next scene. At first, it was like a Speedo. At sabi ko hanap tayo ng iba. Nabigla nga ako,” he laughingly shared.

But according to Yam, her scenes with JM were more steamy as he plays the role of the husband.

JM recalled that when Peterson’s character was pitched to him, he only asked for it to be given a substantial and meaningful back story.

“That’s why I love acting because I get to confront my weaknesses, especially when presented with a character dealing with a particular conflict,” said JM.

Viewers can soon find out how the conflict among Rita, Peterson and Tupe will unfold. Under the creative management of Henry Quitain, Init Sa Magdamag will be directed by Ian Lorenos and Raymond Ocampo.

Init sa Magdamag will first be streamed on iWantTFC, WeTV and iflix on April 17 or two days ahead of its free TV broadcast on A2Z and TV5. It will also be seen on cable TV via the Kapamilya Channel and online via Kapamilya Online Live.