Why you should watch Everybody, Sing! this weekend

Why you should watch Everybody, Sing! this weekend 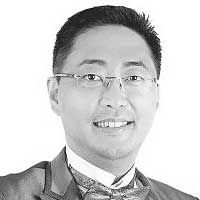 Everybody watching Everybody, Sing! every weekend is having so much fun. It reminds you of the days when people would gather and sing their hearts out in karaoke restaurants or gatherings with family and friends.

You can see bright smiles on the faces of the 50 or 100 contestants who work together as one community in guessing the correct lyrics and song titles to bring home the jackpot prize of P500,000 or P2M.

ABS-CBN’s Everybody, Sing! is a perfect example of the Filipinos’ bayanihan spirit, where people help one another. It celebrates the collective strength of the community. And in this show, different sectoral groups bid to win the prize money for their families.

The show had taped a few episodes, and it was supposed to be launched in 2020 with 100 players teaming up to win P2M. But the mechanics had to be changed because of the pandemic.

The number of players and games was reduced, close contact between host Vice Ganda and the players was prohibited, and wearing face shields and face masks was required as part of the show’s health and safety protocols.

“From the original 10 games per episode, we had to do five games to fit the running time. The original version was supposed to air once a week. But with the new version, we have one songbayanan playing per episode. So this is a good change because we were able to help more sectors,” ABS-CBN business unit head Marcus Vinuya shared.

These sectors include those whose livelihood was greatly affected by the pandemic, including delivery riders, hotel and restaurant workers, janitors, comedians, flight attendants, seafarers, and teachers.

There are many elements of the show that make it fun to watch. Vice’s impersonation every week adds color to the show. Her wit and humor are unmatched. When speaking to the contestants, Vice brings out their stories that audiences can relate to. And you can see the eagerness of the people to share their stories even for a few minutes. One player even shared that some of her family members had to endure hunger because their meal for the day wasn’t enough.

The stories of the songbayanan made the program more special as it touched the hearts of audiences and staff alike. There were many instances that the camera caught Vice shedding tears, and countless tweets have been posted by viewers who got emotional while watching the program.

Because of these touching moments, everybody wants the songbayanan to win. The jackpot round is equal parts exciting and nerve-wracking as the players race against the time they saved up to guess all 10 song titles.

“Every time a sector wins the jackpot, it’s like every household won and are part of the triumph of the songbayanan,” Marcus said.

The show is a source of weekend bonding with the family. You can’t help but sing along. Marcus is right when he said that Everybody, Sing! provided entertainment at a time where everybody’s mental health is affected.

“Our host, Vice Ganda, is in her usual topnotch form as she can bring out the laughter with her banters with contestants as well as during the game proper,” Marcus added.

But Vice does not just bring laughter. She has a big heart and does not think twice about extending help to players. In one episode, Vice gave P100,000 from her pocket to a team of house helpers who failed to clinch the jackpot.

Over four months on the air, Everybody, Sing! has given away at least P30M, with six songbayanans taking home the P500,000 jackpot prize. They are the community pantry volunteers, massage therapists, teachers, PUV drivers, call center agents, and factory workers.

In just a short amount of time, Everybody, Sing! has already made a mark on the lives of Filipinos and won the hearts of everybody, giving voice to different groups who had the chance to help their families survive this pandemic.

The show, an original format of ABS-CBN, was declared the national winner for Best Music/Dance Programme in the Asian Academy Creative Awards 2021, while Vice was named the country’s Best Entertainment Program Host. The show also bagged a nomination in the Light Entertainment category at the 2021 Venice TV Award.

So if you have not watched a single episode of Everybody, Sing!, don’t miss the final episode tonight at 7 featuring Taal survivors. Set aside those gadgets for a while and bond with your family. You won’t regret it. You may even ask for more.