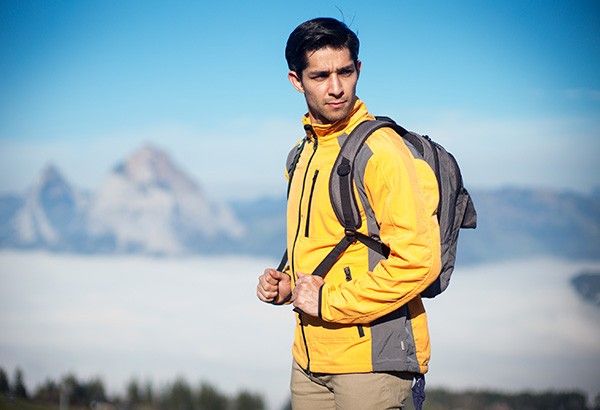 MANILA, Philippines — Wil Dasovich is back again after months of traveling with a new episode of his "Superhuman" podcast on Spotify.

In his newest episode uploaded last Friday, August 6, he talked about the incident that involves Nas Daily and Kalinga tattoo artist Apo Whang-od.

He posted a disclaimer though that as he was discussing it, there's not many facts that have been released from both camps. (Nas Daily has released two statements and a video posting on his social media accounts since Friday while Gracia Palicas, Whang-od's grandniece, has deleted her posts that sparked the issue.)

Dasovich received a lot of direct messages asking him about it after he was involved in a Twitter incident in July last year. The Twitter backlash came after he uttered a particular quote that was taken out of context during his guesting on Nas Talks, a podcast by Nuseir Yassin a.k.a. Nas Daily.

Beginning his podcast, he made it clear that he's not enemies with Nas. He recalled his guesting in Nas' podcast as a fun and friendly conversation about social media, where they both found fame as vloggers/content creators.

The rest of his 30-minute podcast had him posing questions about the incident and even "dissecting" the statements as released in chronological order. He went with it with a "level head" and observed being "unemotional because emotions always skew the truth."

He mentioned that he liked the idea of Nas Academy because it gives content creators a platform to share their knowledge with.

He also shared his confusion about the "unique partnership."

"I'm just confused because working with indigenous people seems very difficult. It seems there's a lot of risks involved in that through miscommunication. Now, maybe this is a hindsight bias because I kinda know what happened," he said.

Speaking at a time when there's not much information yet on the issue, Wil reflected on how it is perceived on social media.

"This is the major issue with social media justice because whether you're right or wrong, no one cares to wait for the truth. You're guilty as charged because we humans tend to react off on emotions rather than do due diligence," he said.

He cited incidents in the past where mob rule had people killed before they even stood trial for accusations hurled against them.

"At the end of the day, all these controversies, all these issues, relationship problems, everything, it all always stems from miscommunication. That's nothing new.

"Focus on the main issue which is the main issue on the whole Apo Whang-od Academy. After that, [there's] a lot of 'he said, she said,' tsismis kind of stuff. [It is] diverting from the real problem. I guess that's it for now," Wil said.

He also hopes that the issue will not hurt creators who were supposed to join Nas Academy.

The camps of Catriona Gray and Jessica Soho had already released their statements regarding the issue. Nas Academy, meanwhile, is on hold while it aims to closely work with the National Commission on Indigenous People on the issue.

Related:Jessica Soho backs out of Nas Academy over Whang-od issue

In his guesting for Philstar.com's Lifestyle and Entertainment show "Slam Book," Wil, a cancer survivor, shared his secrets to good health amid the pandemic.