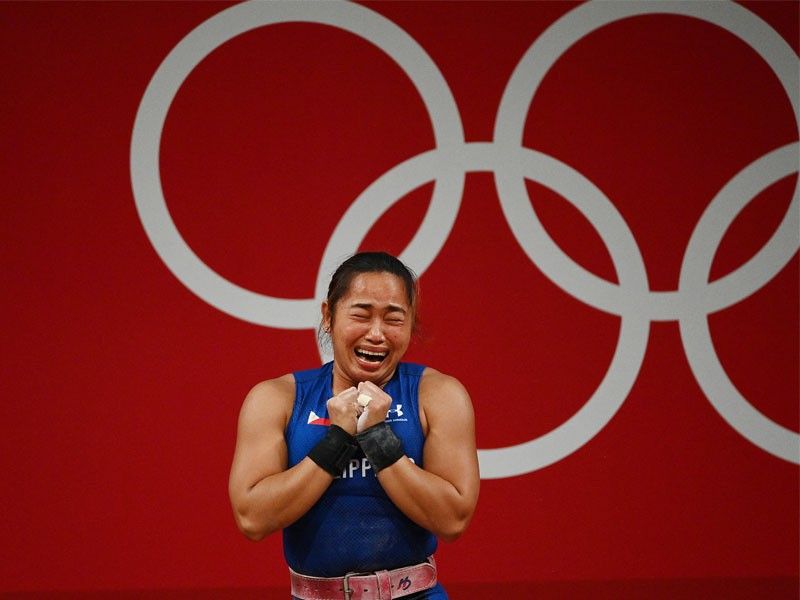 Under the law, Diaz is set to receive P10 million from the government for winning the weightlifting women’s 55kg category in the Tokyo Olympics Monday night, a historic feat that gave the Philippines its first ever Olympic gold medal.

Apart from the mandated cash-prize from the state, businessmen are also pouring hefty rewards on Diaz. Tycoons Manny V. Pangilinan of PLDT Inc. and Ramon S. Ang of San Miguel Corp. both promised to give the weightlifting wonder an additional P10 million each. Deputy speaker Mikey Romero is also rewarding Diaz with cash prize amounting to P3 million.

As of reporting, Diaz is set to rake in a total of P40.5 million in cash rewards after her hometown Zamboanga City recently chipped in P2.5 million while Davao-based businessman Dennis Uy pledged P5 million. These rewards are on top of other incentives extended by several companies, which include a P14-million condo unit from Megaworld Corp. and a P4-million house and lot from Century Properties Group, among others.

Eleanor Roque, tax advisory head at P&A Grant Thornton, an auditing firm, said prizes that Diaz would receive both from the government and private sector are subject to the 6% donor’s tax.

Roque explained that there is no tax exemption granted by the Aquino-era Republic Act 10699 that mandated cash incentives to athletes who won in international sports competitions, meaning Diaz’s P10 million cash gift from the government will be levied.

Meanwhile, the Tax Code exemption on prizes and awards granted to athletes refer to the prizes they received from the competition itself, and not to incentives that they may receive outside of the competition, Roque added.

But the good news is, Roque said, “the promised incentives can be received by Hidilyn in full since the donor's tax is paid by the donor.”

“Note that tax exemptions are strictly construed so for an incentive to be considered tax exempt, there must be a clear provision of law supporting its exemption,” Roque said. — Ian Nicolas Cigaral