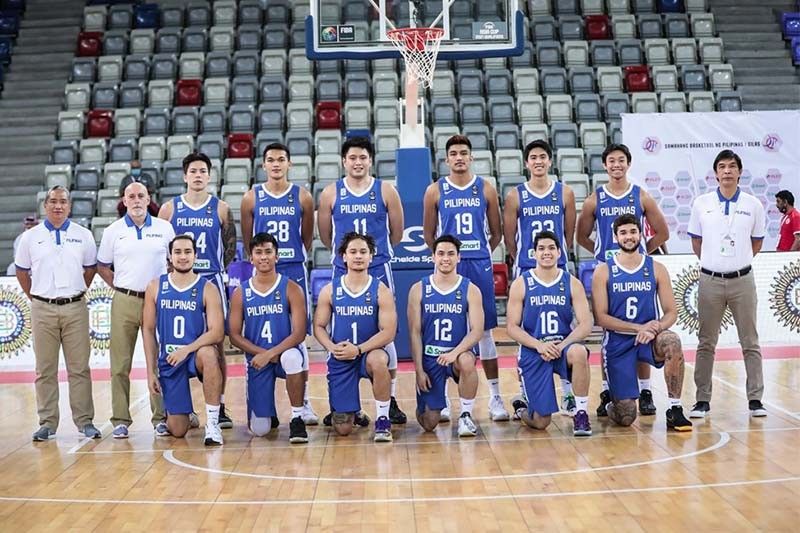 This after a number of plans to bring the Gilas pool currently in the training bubble in Calamba, Laguna, overseas to play games against professional teams there were nixed due to borders closing anew amid the novel coronavirus (COVID-19) pandemic.

Speaking on Noli Eala's Power & Play on Saturday, Baldwin revealed that the SBP initially intended for the national team to fly to Australia to fine-tune their skills ahead of the regional qualifiers.

"We had planned that the Gilas bubble, initially, could go down to Australia and possibly New Zealand to get games against professional teams down there as preparation for the June calendar," said Baldwin.

"That was after the PBA had made a kind offer for us to participate… and then Australia closed its borders so we went back to the PBA," he said. "They were willing to help us again, [but] then of course, the PBA [also] gets delayed."

The multi-titled coach lamented difficulty in training during this time, with laid-out plans usually turning into naught.

And while the Gilas pool can fly to the US, Baldwin thinks taking a chance with the PBA would be better in developing his team.

Baldwin explained his hesitance in letting his team play in the US, saying it even could do more harm than good for the national team program.

"The difficulty is, it's not that we don't have the resources… It's just that you can't get in anywhere right now," said Baldwin.

"You can get into the States, but who are we gonna play in the States?… We need to play real teams," he added.

"If we go and play these All-Star composite teams, which is all that's available in the US, I think it's actually gonna be detrimental to the team,"

With his and the other stakeholders' hands tied amid the health crisis, Baldwin can only hope for the best to pursue their deal with the PBA in time for them to still benefit from it for the June calendar.

"We're just praying along with the PBA that we can find a calendar… And hopefully we can use games against PBA teams for development," he said.