With Viva comeback, Ruby Rodriguez hopes to work with ABS-CBN, other networks 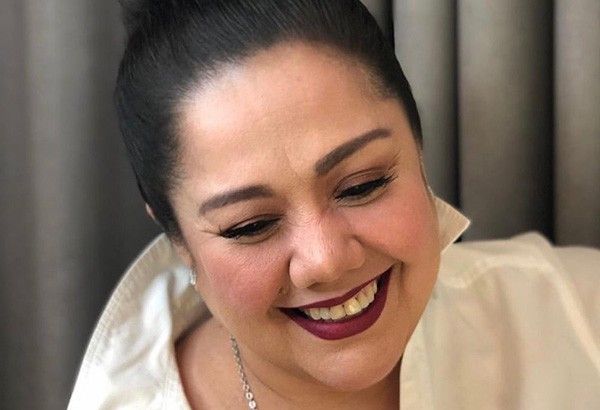 That’s how seasoned comedian and TV host Ruby Rodriguez opened her virtual press conference early this week as she signs with entertainment and talent management company Viva as its comeback artist.

Ruby, who is now based in Los Angeles, California, said that she returned to Viva not only because her Viva batchmates are also returning to the agency, but also because for the longest time, she had no manager and she needs someone to stand up for her to fix her schedule and to choose the right projects.

“So we decided to go back to Viva kasi ang Viva eh kumbaga, subok na matibay, subok na matatag. Saka nagtitiwala ako sa kanila kasi d’un ako nag-umpisa. Viva built my career in acting and the movies. It was really Viva that gave me the biggest break,” she enthused.

She clarified that while she was discovered on the set of a Maricel Soriano project that earned her a mainstay role in ‘90s fantasy sitcom “Okay Ka, Fairy Ko,” it was Viva that made her a contract star during her ‘90s heydays and gave her most unforgettable movie roles such as those in “Alabang Girls” with Andrew E., “Ipagpatawad Mo” with Vilma Santos and “Kaputol ng Isang Awit” with Sharon Cuneta.

“Of course, Vic Sotto, ‘Okay Ka, Fairy Ko.’ ‘Di natin maalis ‘yung (fact) that it was Vic Sotto who put me in. And then there was Maricel Soriano who opened the door. Vic Sotto pulled me in, Viva sealed the deal.”

Her acting career, she said, was put on a halt when she hosted noontime show “Eat Bulaga” for 31 years.

Among her many projects, she said she loved sitcoms the most because she was not a TV host originally.

With Viva, she can hone her acting skills again.

She is willing to fly in and out of US for her Viva projects.

“Wala naman akong contract. I’m a freelancer, actually. Nagkaro’n lang sila ng notion because I was hosting ‘Bulaga.’ But actually, hindi. Na-identify lang, but I can actually do anything and anywhere.”

“I’ve never worked with John Lloyd. I think he’s a very, very good actor and I respect him so much,” she said of the former Kapamilya star who is now set to have a TV comeback on GMA.

She wants to do May-December love affair movies because she’s done it in TV shows.

“'Wag tayong masyadong mag-inarte. Let’s all learn how to adjust. Lalo na sa panahon ngayon, ‘di na tayo pwedeng magdemand na, ‘I want my own dressing room.’ Learn to share and be considerate to others, especially to the staff and crew.”