Share
Health·The Fifth Estate
The permanent birth control device Essure has been off the Canadian market for four years — but pain and serious complications linger among some women who are seeking compensation from a manufacturer that says it intends to defend its product "vigorously."

The permanent birth control device Essure has been off the Canadian market for four years — but pain and serious complications linger among some women who are seeking compensation from a manufacturer that says it intends to defend its product "vigorously."

Keri Ponace of Regina is one of the 10,000 Canadian women who opted for the device.

But Ponace, 43, said she believes that decision led to years of pain from a series of subsequent health issues.

More than 700 Canadian women have gone after Essure's owner, multinational pharmaceutical company Bayer, for compensation as a result of complications they say are from the birth control device.

"I think they should still be held accountable, and they should be responsible [for] the products that they back up," Ponace said.

Canadian women will have to fight for that accountability in the courts. But it's a different story for women in the United States who had the same experience.

Bayer doesn't admit any liability despite pulling the device off the market in Canada in 2017 and everywhere else around the world by 2018, but it's agreed to pay $1.6 billion to settle thousands of lawsuits in the U.S.

It hasn't settled any lawsuits in Canada, though, and doesn't intend to.

In a statement to CBC's theFifth Estate, Bayer Canada said that the U.S. settlement reflects a commercial decision driven in large part by the unique aspects of the U.S. mass tort system, including the high costs of U.S. litigation.

"The U.S. settlement announced on August 20, 2020, has no impact on pending litigation in Canada, as Bayer's decision to resolve the U.S. cases is based significantly upon factors that are specific to the U.S. legal system," read the February statement.

"Bayer believes that it has meritorious defences and intends to defend itself vigorously in the remaining litigation."

She says she's not surprised by the response.

"We simply have to go through the litigation process and fight the good fight," Vinett said.

"We will vigorously litigate this in hopes of getting some sort of relief, if you can call a monetary relief, relief in this situation … just to get some sort of justice for these women who have lost so much as a result of a product that should never have been on the market."

The other approximately 600 women seeking compensation are part of a country-wide proposed class-action lawsuit. They're appealing a court decision last year against allowing their case to be certified. A class action in Quebec with about 47 women represented by the same firm has been certified, allowing it to go ahead.

Chronic abdominal and pelvic pain, excessive bleeding and autoimmune responses in women who have metal allergies are just some of the symptoms experienced by Vinett's clients.

"Oftentimes, at least the clients I've spoken to, have small children and they're trying to get on with their life and care for their family, and they are incapacitated by the side effects or complications of Essure," she said.

Like so many women looking for birth control, Ponace took the advice of her doctor to have Essure implanted.

Doctors and the company that manufactured Essure claimed it was a safe and easy option compared with tubal ligation, which is surgery to close a woman's fallopian tubes — more commonly known as having the tubes tied.

Essure was designed to work by inserting a two-centimetre coil into each fallopian tube. Scar tissue would form around the coils, closing off the tubes and preventing sperm from meeting an egg.

It was promoted as a non-surgical, non-invasive sterilization procedure that could be done in the doctor's office in just 15 minutes.

But six months after the implant in 2012, Ponace said she was in pain — leaving her stuck either on the couch or in a fetal position on her bed, which made work and caring for her five children difficult.

In 2016, she convinced her doctor to remove her tubes containing the coils, but that didn't relieve the pain.

"It's like I have two screwdrivers drilling me in the sides of my hips … or somebody just took a knife and pushed it and twisted it," Ponace told the Fifth Estate in 2018.

WATCH | The experience of having Essure coils removed: 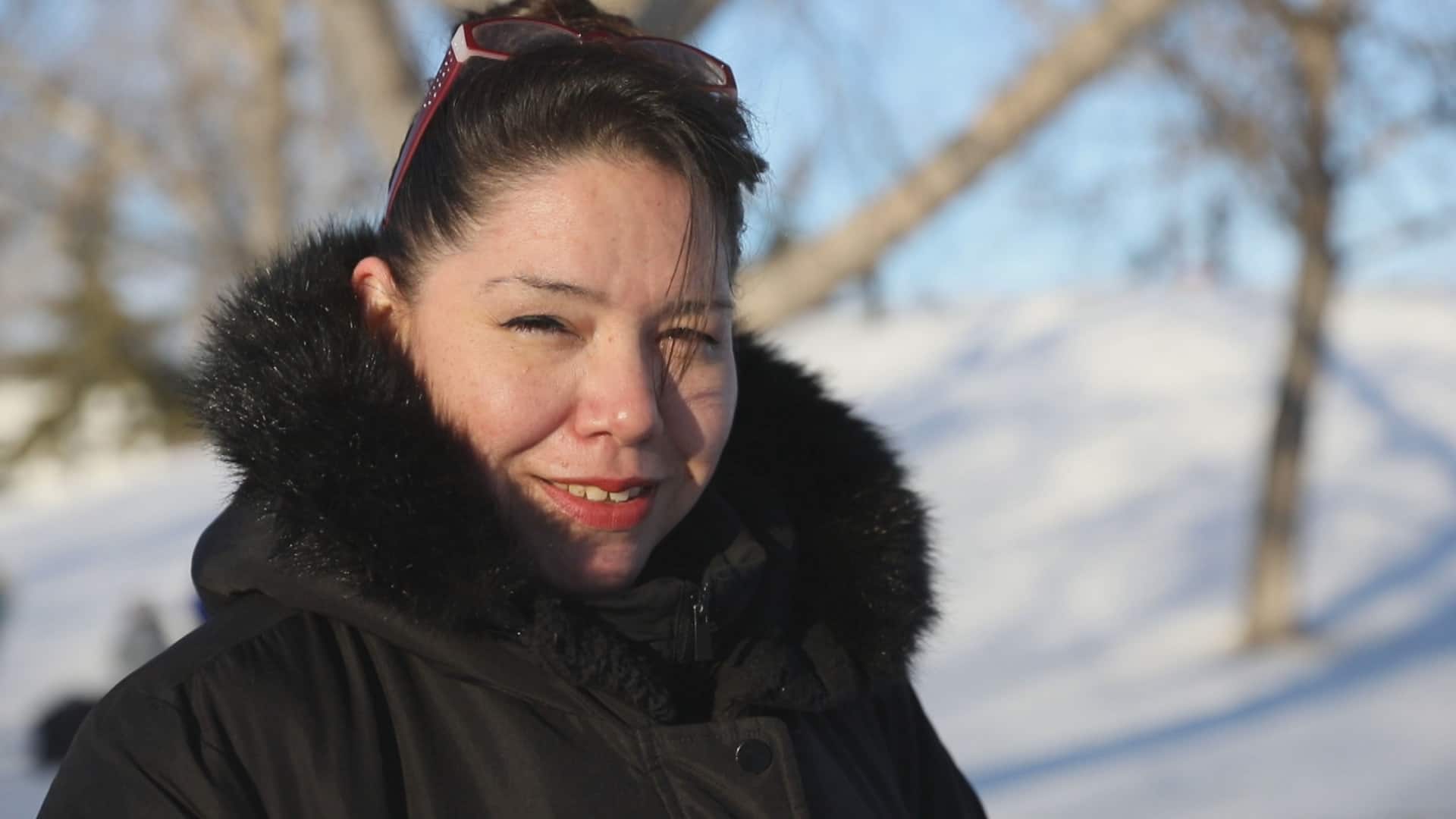 After asking for an X-ray of her pelvis, as advised by a large online community of other women struggling with Essure, it was discovered that Ponace had a one-millimetre metal particle left from Essure lodged in her uterus.

Unable to remove just the fragment, Ponace ultimately had to undergo a hysterectomy.

'It was completely traumatizing'

Ponace first shared her story in 2018, when a Fifth Estate investigation found that insufficient information about Essure and the adverse reactions women were experiencing put some women's health in jeopardy.

At the time, she was just weeks away from having the hysterectomy.

More than three years later, Ponace has been able to gain back what she values most — spending time with her kids.

"I can take my kids to the park and spend quality time with them, they're not constantly seeing mom [in] pain … it was heartbreaking for them before. I can move on and move forward," she said.

Although Ponace says she is feeling better physically, she hasn't been able to completely put the ordeal behind her.

"Psychologically, I'm upset because I feel like there's still a part of me missing, right?

"It was completely traumatizing all the way to the bitter end," Ponace said. "That was the scariest thing in my life that I had to go through."

Essure, which came on the Canadian market in 2002, was originally developed by a small U.S. company called Conceptus Inc. and then sold to Bayer in 2013.

More than one million devices were sold globally, with the majority of sales in the U.S.

Bayer said it pulled the device because of commercial reasons driven by "a decline in patient demand."

Recent data now backs claims that Essure wasn't necessarily the safer, permanent procedure it was billed to be.

A post-market surveillance study of 1,128 women mandated by the U.S. Food and Drug Administration (FDA) found that 4.5 per cent of women who had tubal ligation experienced chronic pain, but for those using Essure, the rate was double at nine per cent.

The data published last year also found that 10 per cent of women with tied tubes had abnormal bleeding compared with 16 per cent for women with Essure.

The probability that women would have the coils removed after 21 months was one in seven, or 14.3 per cent.

Most recently, Bayer was found to have sat on thousands of women's complaints of injuries that it failed to disclose to the FDA.

They came out in the summer of 2020, only after women in the U.S. filed lawsuits against Bayer.

The company disputes it was obliged to report those complaints and says that some were actually duplicates.

Information about issues with Essure historically hasn't always been easy to come by.

Health Canada, which approved Essure in 2001, maintains an online registry where patients and doctors can report complications. However, only manufacturers and importers were mandated to report what they refer to as "adverse events."

As previously reported in 2018, It took CBC News two years through access to information requests to obtain raw data from Health Canada on problems involving Essure.

As a result of CBC's reporting that was part of a larger global media collaboration called The Implant Files, it's now mandatory for hospitals to report any side-effects from medical devices such as Essure.

There are currently 98 adverse event reports associated with Essure on the database.

Dr. Nicholas Leyland, a physician in Hamilton, says transparency would have been helpful.

"If we had known that there were many patients who were experiencing difficulty, we could have been looking into this and investigating it much more diligently in the early years of this device, rather than learning about it, you know, at least 10, 12 years after the fact," he said.

The obstetrician-gynecologist at McMaster University and Hamilton Health Sciences has done about 100 Essure implants himself — and only reported adverse events to Health Canada when patients came back for removal.

"In fact, this is a huge deficiency in the system in the United States as well as in Canada, because it's voluntary reporting of any adverse events, and many of the doctors really don't know the definition of what an adverse event would be associated with such a procedure," Leyland said.

"So I think that's something that working with Health Canada and the U.S. with the FDA, that physicians in the medical profession really need to streamline this process to make sure that we're always aware of any complications with devices or problems with medications, etc."

It was online and in private Facebook groups that women began to associate their symptoms with Essure. It was a space where their claims were validated and it wasn't all in their heads, like so many say they were told by their doctors.

They've banded together, some referring to themselves as "E-sisters."

There are more than 500 members in the main online Canadian group, along with various other provincial groups.

Amy Vandermeulen, 46, of Regina says it's important for women to be armed with information, which is why she decided to use her platform to talk about Essure.

She hosts a community television show called The Four on Access Communications and has recently dedicated one of her segments to discussing problems with the device.

"I feel it's important to me because it's bringing out awareness, like some women who may be going through the same [or] similar health issues and if they have those coils in them … I think they need to be informed," she said. "I wasn't informed. I didn't know where to look."

Vandermeulen says she suffered from a range of symptoms as a result of the implant in 2012, including headaches and cramping, and was hospitalized numerous times. 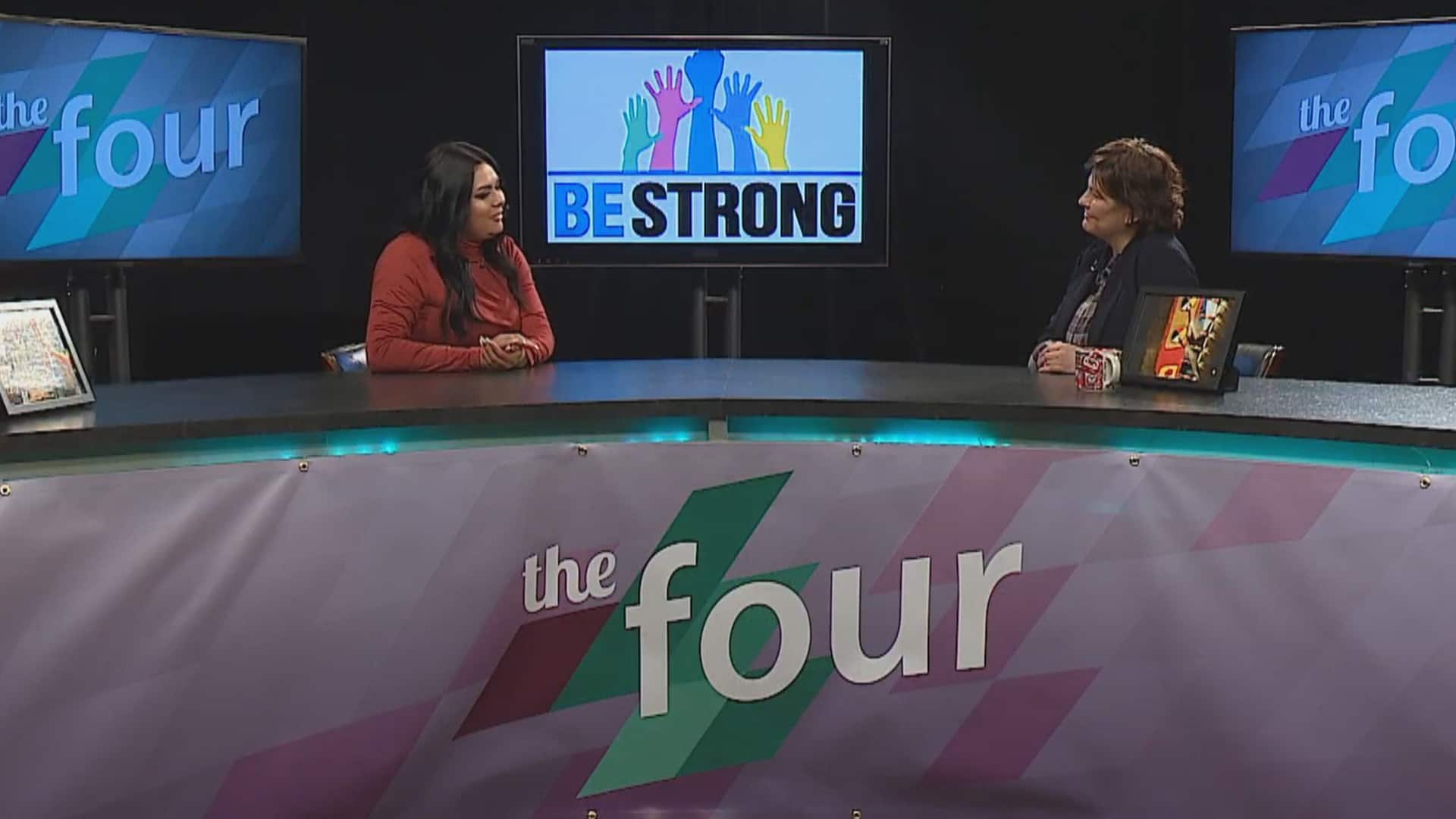 She ultimately had to have a partial hysterectomy in 2017 to remove the coils. Vandermeulen says she just needed them out.

But coil fragments were left behind after the partial hysterectomy, which led to a second surgery in 2020.

"I hope people — other women will reach out, so I can maybe help guide them and send them in the right direction, if they're not sure where to turn to," Vandermeulen said. "Just to be that added support for other women."