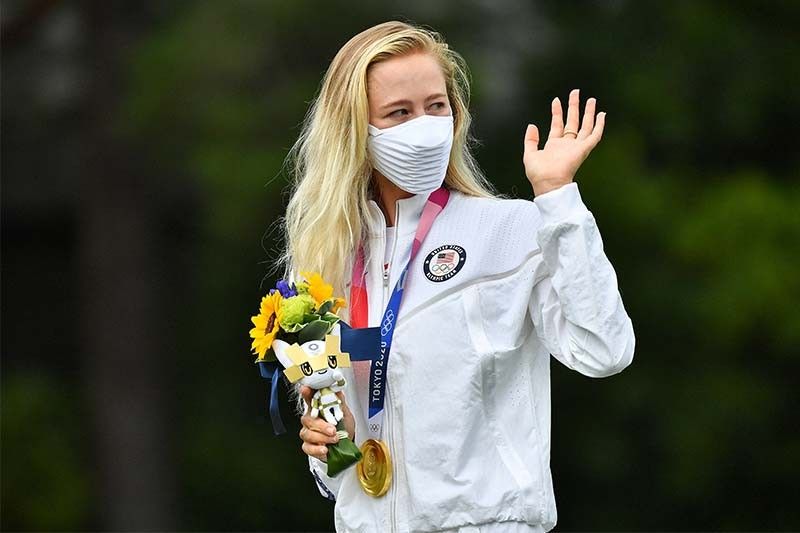 MANILA, Philippines – Nelly Korda has given Team USA a sweep in golf at the Tokyo Olympics after ruling the women's individual stroke play at the Kasumigaseki Country Club in Saitama Saturday.

The 23-year-old took the top spot in a tight competition that was also affected by the weather with home bet Mone Inami and New Zealand's Lydia Ko, with only a one-shot lead after the four rounds.

Inami and Ko even needed to have a playoff for the silver after identical 16-under par finishes.

The Japanese golfer emerged victorious to claim silver after she hit par for the playoff hole while Ko fired a bogey.

Meanwhile, the Philippines' Yuka Saso ended up joint-9th place with five other golfers after a dazzling 6-under par performance in the final round.

However, a slow start in the first day of competition where she ended up 3-over par for the day doomed Saso to fall short of the podium.

Bianca Pagdanganan, meanwhile, ended in the red with a 3-over par fourth round, which ended her campaign at +1.

She finished at joint-43rd with two other golfers.

Team Philippines thus ended their stint at the Tokyo Olympics after boxer Carlo Paalam took home a silver after losing in the gold medal match to Great Britain's Galal Yafai.

The 19-strong Filipino contingent wound up with four medals — the country's most in one Olympic appearance — with one gold, two silvers and a bronze.