FOR its size, and despite being otherwise considered more a victim of the climate-change problem than a source1 of it, the Philippines is a prodigious producer of plastic waste. While characterizations of the country as being “among the world's worst” in this regard may be unfair, Filipinos have long recognized the problem. Despite this, efforts to curb plastic pollution through national — and local-level — laws have only had modest results.

But several recent and planned initiatives are being hailed as steps toward changing that, leading to real reductions in plastic use and better management of plastic waste. Not everyone agrees, however. While the new measures may have good intentions, some critics charge, they are misdirected, inadequate or in some cases even amount to “greenwashing,” solutions that do not have any measurable positive impact or create other environmental problems. 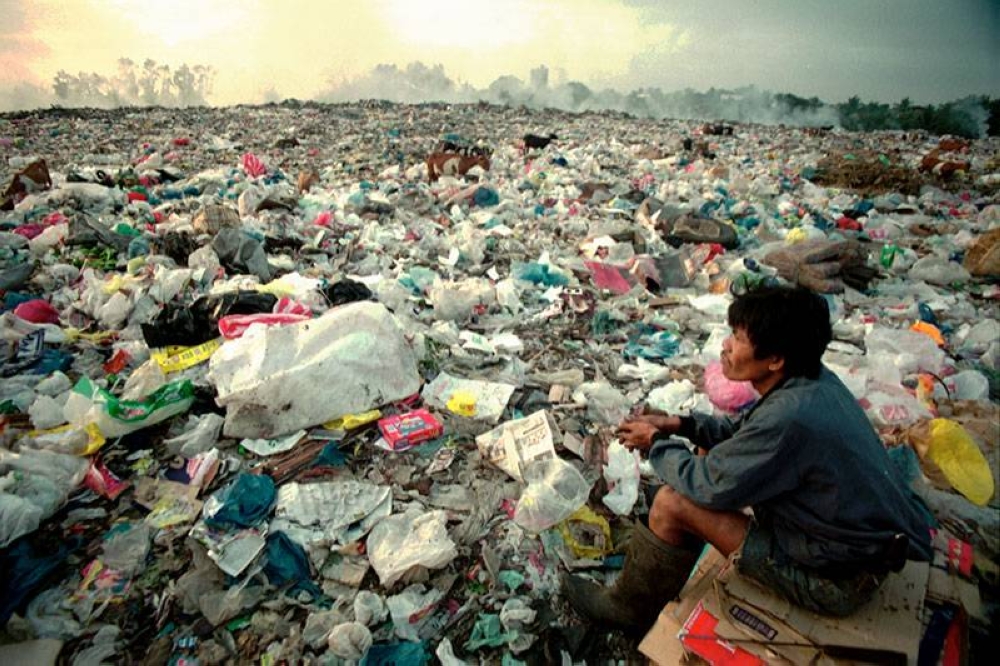 To put that into an individual perspective, that means that every one of the 113,419,913 people in this country (the estimated population as of Aug. 15, 2022) creates 23.8 kilograms of plastic waste — in other words, an amount (by mass) just a bit smaller than a half-sack of rice — every year.

A study published by the World Wildlife Fund in 2020 estimated that up to 35 percent, or about 945,000 metric tons of the plastic waste find their way into the Philippines' environment every year, and of that volume, according to the World Bank study, about 750,000 metric tons are discarded in the ocean. Estimates of how much plastic waste is recycled vary between 10 and 15 percent; the remainder is disposed of in landfills.

While the problem is small in comparison to the huge amount of plastic waste it generates on its own, the Philippines nevertheless also has to contend with plastic waste imported from other countries, primarily the United States, South Korea and Hong Kong. In 2019, the last year for which there is reliable data, the Philippines imported an additional 11,761 metric tons of plastic waste, more than half of them from the US. And this is just the amount imported legally; no real estimates exist for the amount of plastic waste illegally imported each year, usually by misclassifying it in customs declarations. High-profile seizures of smuggled waste in recent years, most notably from Canada, South Korea and the US, suggest that the true volume of imported plastic waste is likely much higher than official data indicates.

Management of solid waste in the Philippines according to the “3 Rs” principle — Reduce, Reuse, Recycle — was codified into law with the “Solid Waste Act of 2001” (Republic Act 9003), but full implementation and enforcement of the law has never been achieved. In the years since, the government has developed several large-scale strategy “road maps” to improve waste management, all of which have been predicated on more stringent enforcement of RA 9003.

These plans include the National Solid Waste Management Strategy 2012-2016, which set a target of diverting 50 percent of solid waste by 2016; an updated strategy in the 2017-2022 Philippine Development Plan (PDP), which reset the target to 80 percent solid-waste diversion by 2022; and the Philippine Action Plan for Sustainable Consumption and Production (PAP4SCP) published by the National Economic and Development Authority in 2019, which was essentially a detailed revision of the strategy set forth in the 2017-2022 PDP. In addition, in November of last year the Department of Environment and Natural Resource1s adopted the National Plan of Action for Marine Litter it developed with the UN Development Program. That initiative targets zero waste in Philippine waters by 2040, but, as a result of the change in administration after the May 2022 elections, is still awaiting implementation.

For now, the PAP4SCP is the main blueprint for the Philippines' waste management strategy, and the new initiatives to manage plastic waste are either direct or indirect results of it. While this may be considered progress, what has been accomplished so far has already fallen behind the schedule envisioned by the plan.

The PAP4SCP sets forth short-term (2020-2022), medium-term (2022-2030) and long-term (2030-2040) actions to be taken in policy and regulation; research, innovation and technology; infrastructure; and promotion and education. One key difference between the PAP4SCP and earlier road maps is that the action plan places more emphasis on private-sector involvement in waste reduction, the basis of the plan's only significant accomplishment so far, the passage of the Extended Producer Responsibility Act (RA 11898).