Yassi Pressman just rolls with it 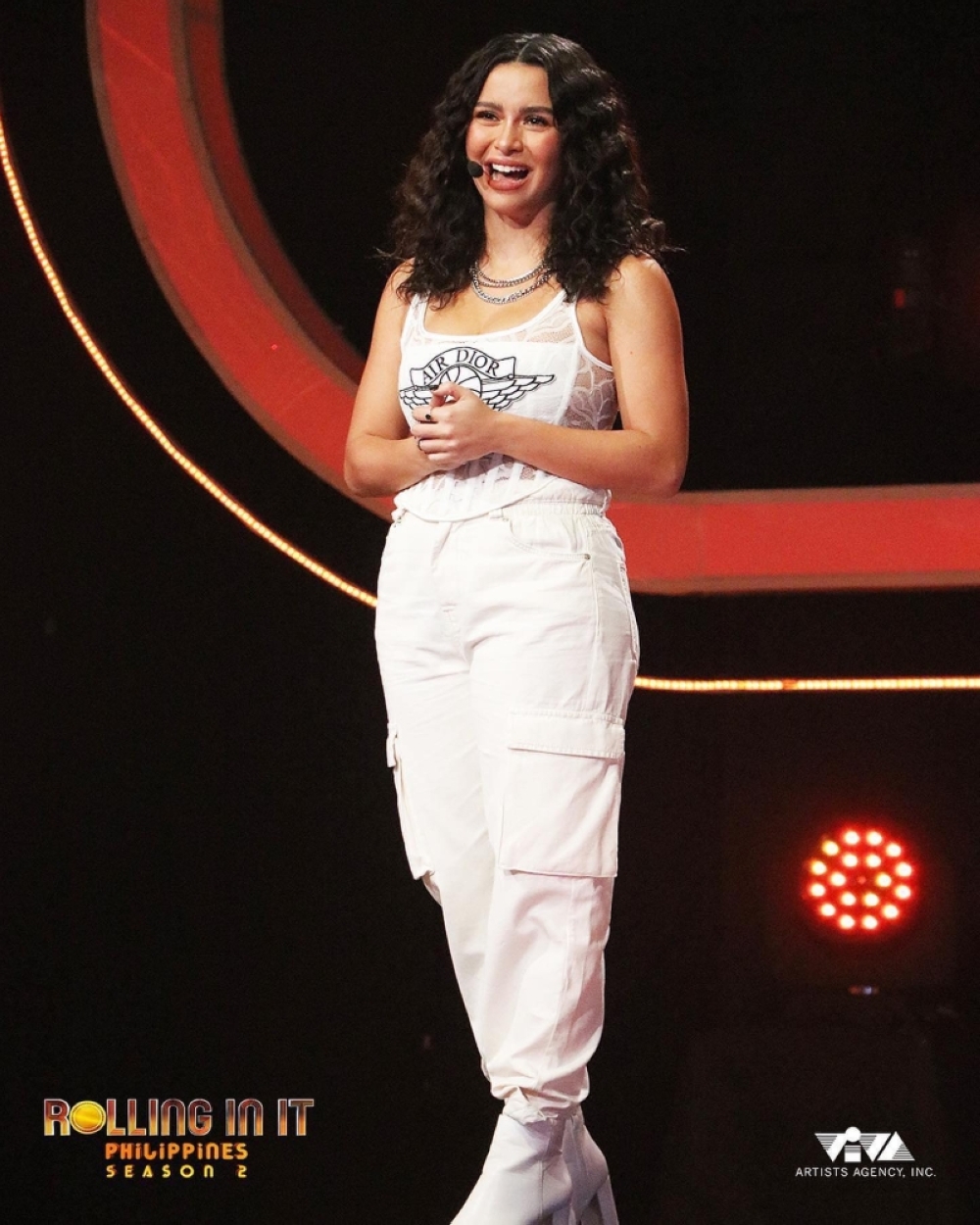 Yassi Pressman is back to host the second season of ‘Rolling In It Philippines.’ INSTAGRAM PHOTO/ROLLINGINITPH

There are celebrities so talented they can act, sing, dance or host naturally. Then there are those who are great at a skill or two but willing to learn how to fulfill other roles in the multi-faceted entertainment industry. Yassi Pressman is not ashamed to be the latter.

A natural when it comes to dancing and acting, Pressman took on the challenge of hosting a TV game show, her first, when the Philippine version of “Rolling In It” debuted on TV5 in 2021.

While it is true that hosting is not new to her —the 27-year-old was a former video jockey of MTV Philippines — Rolling In It, with its banter with celebrity guests and regular players, is a different league.

An adaptation of the hit UK game show, Rolling In It Philippines — aside from the thrilling stakes and loveable antics — offers viewers a look into the off screen and playful side of many celebrities and multifaceted talents that grace the show. What this means for Pressman is a free flowing script that only sets spiels and game instructions but leaves the interactions and dialogues impromptu.

“One of the reasons why I was nervous to take it last year was that I didn't know if I could be a solo host in this kind of show. But I wanted to try something different, to explore. I just tried and luckily, nandito na tayo, may season 2 na,” a proud Pressman said during the media conference of the show's new season.

If she just rolled with it in the first season, Pressman is more confident to return to the stage this time, bringing along all the lessons she learned when she was still a newbie television host.

“I think I'm a little bit more open this time. Mas komportable na siguro kasi dati nahihiya pa ako. Pero ngayon, I just let myself be. Mas nakikipag kulitan na ako. And it there's anything they want me to do, I really do it.”

She added, “You also have to give your 150 percent when you host, especially when you are alone [which was her case]. At the same time you have to be open to converse with everybody in the show and to listen to them when they talk.”

Never too proud to not notice her shortcomings, Pressman admitted her weakness from the first season and is looking forward to correct it this time around.

“Last season I noticed that I would speak so fast. So yun din sinabi sa akin ni direk [Bobet Vidanes]. Luckily, he's there to give me advice. I can accept it because it's constructive and that's how you learn — accept you are not always the best and that you can improve every time.”

Finally, while she admires the likes of current and former “Pinoy Big Brother” hosts Toni Gonzaga, Mariel Rodriguez and Bianca Gonzalez, she is willing to learn other techniques when it comes to this new endeavor.

“I want to be my own self and create my own style, I don't know what it is yet but I guess I'm still figuring it out,” she ended.