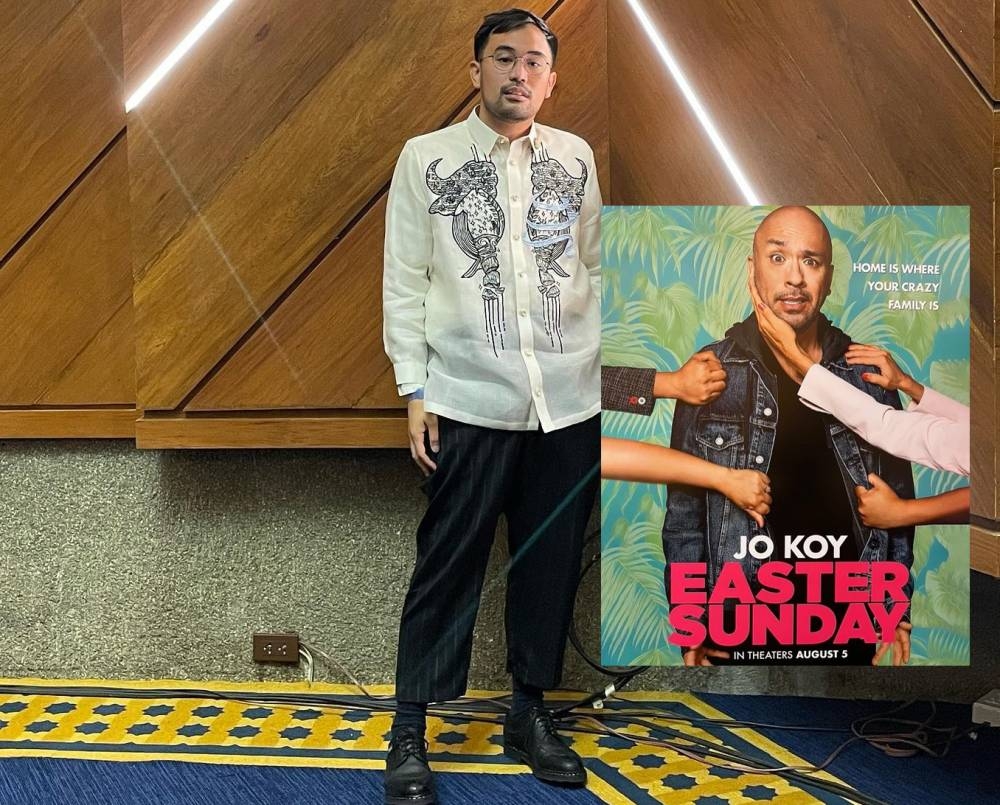 “Finally, we Filipinos have a 'Hollywood' movie wherein we are front and center, along with our culture and uniqueness, while also showing the global audience that we are like them in many ways because we share the same love of family and the same aspirations in life,” Pangasinan's fourth district representative said in a statement.

The Hollywood flick sees stand-up comedy sensation JoKoy (“Jo Koy: In His Elements,” “Jo Koy: Comin' in Hot”) in the role of Joe Valencia. Joe is Filipino-American and comes home to the San Francisco Bay Area to see family and longtime friends for Easter Sunday.

Amid the ruckus of well-meaning but aggressive relatives, Joe finds a way to connect with his teenage son, Junior, the very reason for his homecoming.

“Through our qualities, Easter Sunday shows why Filipinos are global citizens in whatever community we are immersed in anywhere in the world. I look forward to seeing Easter Sunday in theaters here in Metro Manila and other major metropolitan areas in the Philippines,” de Venecia said.

A staunch advocate of the Filipino creative, de Venecia's passion for arts and culture is in the blood. The son of former House Speaker Joe and Gina de Venecia, Cong. Toff is a scion of the renowned Vera-Perez clan of the iconic Sampaguita Pictures.

Trying out acting as a child star in the '90s, de Venecia landed a part in the sitcom “Ober Da Bakod” which aired for man years.

“Hopefully, Easter Sunday will lead to more Filipino movies overseas and more Filipinos getting cast in international releases across North America, Europe, here in Asia, and even in Africa and South America because Filipinos are everywhere,” de Venecia ended.

According to movie ticket websites, Easter Sunday will open in Philippine cinemas on August 31.