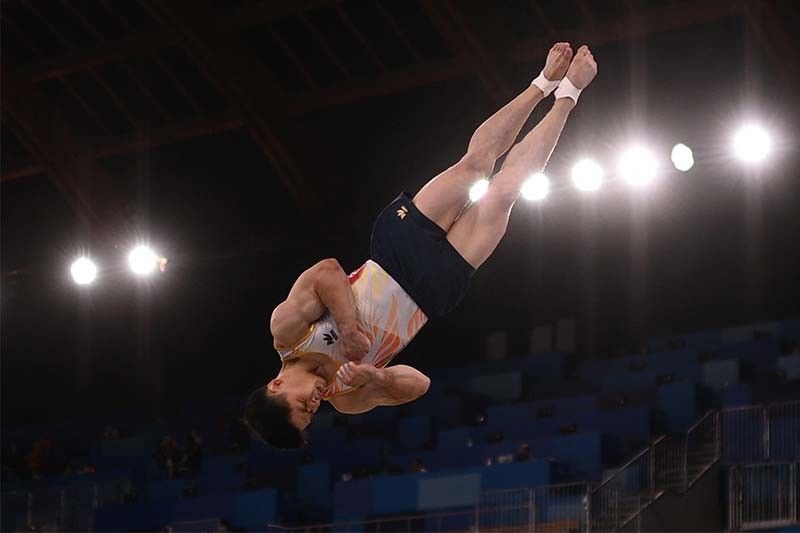 TOKYO – Gymnast Carlos Yulo is set to perform his last act in the Tokyo Games tonight at the Ariake Center – one shot at glory that he’s determined to deliver.

Missing the final in his pet event floor exercise, Yulo seeks redemption in the vault to bring joy and cheers to the nation as he did in his storybook floor exercise triumph in the world championships in 2019.

Gymnastics Association of the Philippines president Cynthia Carrion-Norton said Yulo will have a chance to medal if his feet “stick” on the mat in landing.

“The technical people told me that as long as Caloy sticks to the floor and he doesn’t go (wobbling), and then gets that difficulty score in two vaults, he has a shot,” said Carrion-Norton.

The GAP chief said the target is at least 5.60 each in degree of difficulty.

Carrion-Norton said Yulo usually gets 5.60 in his first vault but goes down to 5.20 in the second.

The issue is the landing.

Carrion-Norton said she has talked to their Japanese coach Munehiro Kugiyama, telling him: “Coach Mune, try to make both 5.60.

“And stick to the floor! I don’t care if you use glue as long as Caloy sticks to the floor.”