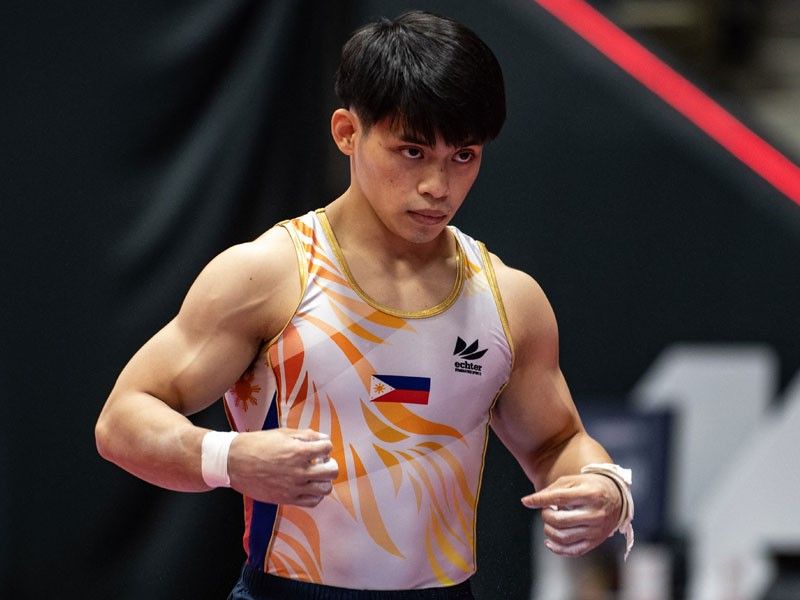 MANILA, Philippines – Caloy Yulo seeks to reclaim his throne as the best gymnast in the planet in the floor exercise as he sees action in the 50th Artistic Gymnastics World Championships in Kitakyushu, Japan Saturday.

The 21-year-old Yulo will come in as the favorite being the last winner of the event in Stuttgart, Germany two years ago and having topped the qualifying round where he beat 102 rivals with an impressive score of 15.166 Wednesday.

And Yulo would need to come through with another tour de force performance to achieve it.

“If Caloy sticks to the floor and no skipping, gold for sure,” Gymnastics Association of the Philippines (GAP) president Cynthia Carrion told The STAR on Friday.

Yulo also came out on top in the parallel bars qualifiers over a field of 96 by registering 15.565 and third in the vault that drew 47 competitors with a score of 14.808.

And Carrion has high hopes Yulo would also end up with podium finishes there.

“We want gold in floor and parallel bars and a silver or bronze in vault, nothing less,” she said.

The floor exercise finale is set at 3:10 p.m. (Philippine time) while the vault and parallel bars finals are scheduled tomorrow.

Yulo is out for greater redemption for his Tokyo Olympics disappointments after he wound up only 44th in the floor exercise — his pet event — and coming close to snaring a bronze in the vault before ending up at fourth.