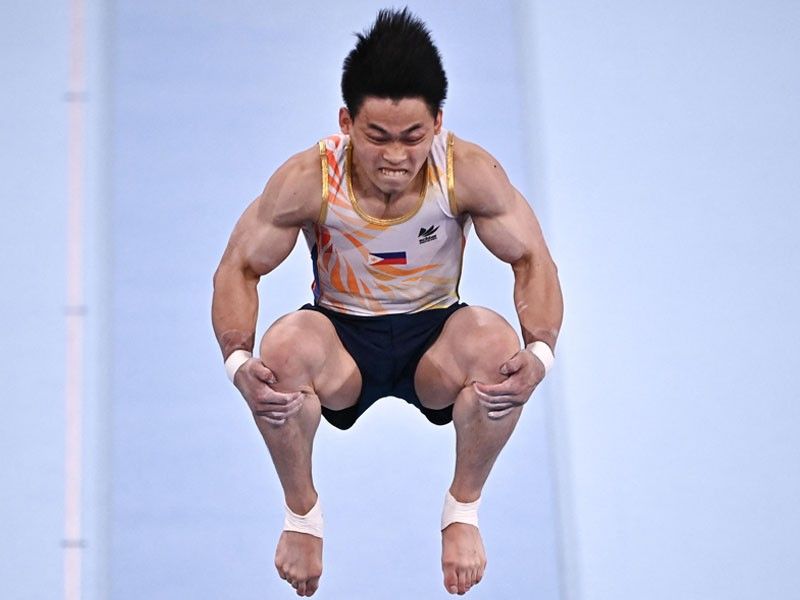 MANILA, Philippines – Filipino gymnast Caloy Yulo may end up not leaving the Tokyo Olympics empty-handed after all.

Yulo could be eligible for the $5,000 (P250,000) incentive the Philippine Sports Commission (PSC) is giving to Filipino athletes broke a national record in the quadrennial event.

The 2019 world floor exercise champion missed out on an Olympic medal after finishing fourth.

But his average score (14.716) and his score in the last of her two passes (14.866) are, according to a Gymnastic Association of the Philippines (GAP) official who requested anonymity, are reportedly the highest by any Filipino in the vault.

The PSC board chaired by William Ramirez approved the reward Wednesday and will make an official announcement next week.

Also eligible for the incentive are lifter Elreen Ando, who shattered the country’s mark in the 64kg of women’s weightlifting, and swimmer Luke Gebbie, who clocked 49.64 seconds in the 100-meter freestyle to erase the old record of 49.94 he himself set in the 2019 FINA World Championships.