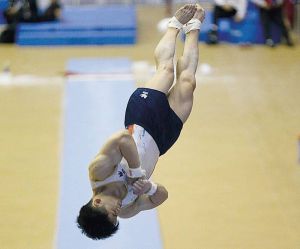 Making history Carlos Yulo shows off his golden form at the regional games in Vietnam.

The 22-year-old collected two more golds on Monday to add to the three he won earlier. He also picked up a silver to add to his medal haul.

On the final day of the artistic gymnastics competition, he topped the men's artistic vault and horizontal bar events, after earlier ruling the individual all-around, floor exercise and still rings events.

In the horizontal bar, he chalked up 13.867 points to share the gold with Vietnam's Dinh Phuong Thanh, who finished with the same score. The bronze went to Le Thanh Tung, with 13.433 points.

Yulo matched the five-gold feat of Filipino gymnast Rolando Albuera during the 1979 Games in Jakarta.

The artistic gymnastics team collected a total of seven golds, four silvers and one bronze in the Hanoi Games. 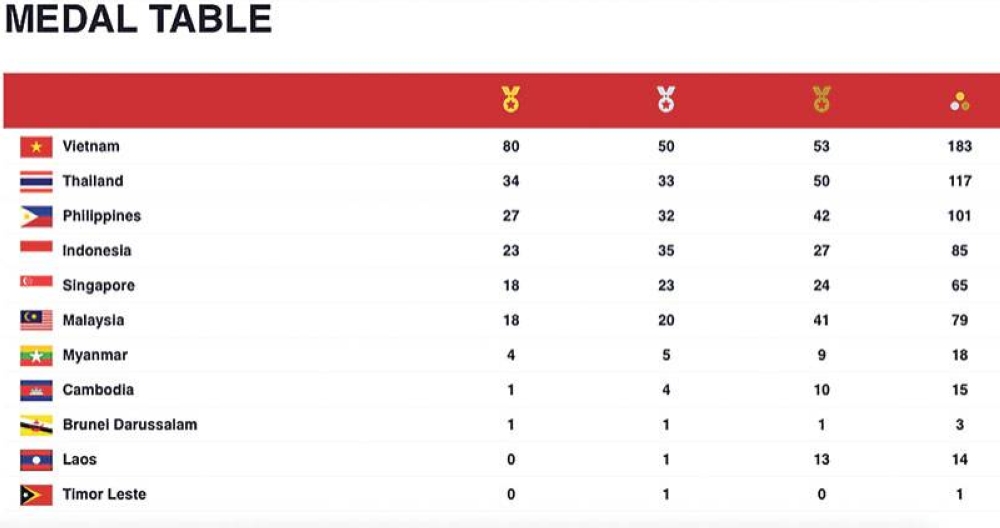 As of 8 p.m. on Monday, the Philippines was in third place on the medal board with 29 golds, 34 silvers and 43 bronzes.

The two other two gymnastics golds were contributed by Fil-Am Aleah Finnegan, who won the women's team and vault events. Finnegan also took the silver medal in the balance beam after losing to Malaysia's Rachel Yeoh Li Wen (12.567-12.467).

Sharing the limelight with Yulo on Monday was bowler Merwin Matheiu Tan, who came from behind to win the men's singles event at the Royal City Hanoi bowling lanes.

The 22-year-old Tan scored 1292 pinfalls to capture the gold, the first for the bowling team since Frederick Ong won in the 2011 Jakarta Games.

Thailand's Yannaphon Larpapharat was second with 1286 pinfalls while Indonesian Ryan Leonard Lalisang was third with 1221 pinfalls.

“I am so happy and so blessed. Shocking din po, na nanalo po ng gold ang Pilipinas (I was also shocked I won the gold for the Philippines). For the whole game, try lang po ako mag-maintain ng aking (I was just trying to maintain my) focus and execution. Execution, making good shots and maximizing every frame,” said Tan after clinching his first gold medal in three SEA Games appearances.

He bagged the silver medal in the team event with Ong, Patrick Neil Nuqui and Kenneth Chua in the 2019 SEA Games.

“I am so overwhelmed, after 11 years… I cannot thank the Lord enough. Talagang coming from behind si Merwin. We prayed he could recover, and he did,” said Philippine Bowling Federation Secretary General Olivia “Bong” Coo.

Jason Baucas, the men's 72 kg class champion in the previous SEA Games, is entered in the 77 kg class.

The Filipino wrestlers bagged two golds, 10 silvers and one bronze medal in 2019.

Up next for the Philippines is 2019 silver medalist Indonesia, composed of Dhita Juliana and Putu Utami, and Martha Rahawarin and Nur Atika Sari, at 3:45 p.m. (Manila time) on Tuesday.

After taking his oath as the country’s new leader, President Ferdinand “Bongbong” Marcos Jr. is …