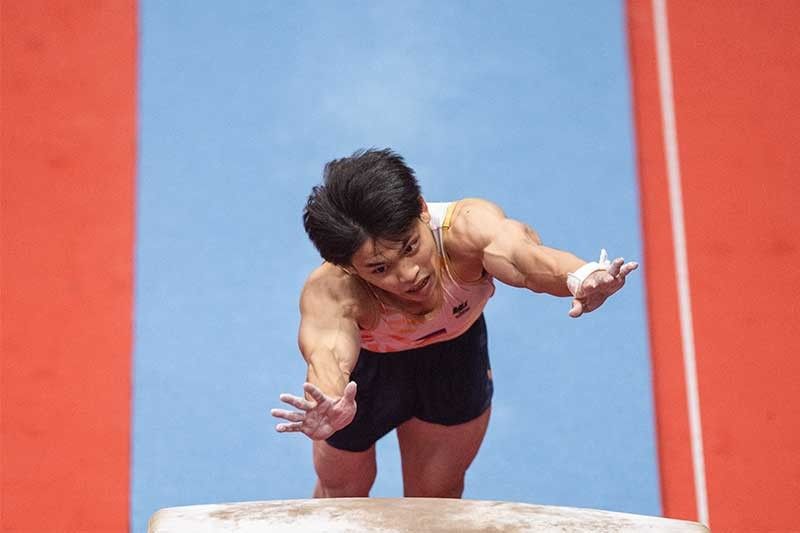 MANILA, Philippines (Updated 4:25 p.m.) — Carlos Yulo completed his redemption bid as he clinched the gold medal in the Vault Finals of the 50th FIG Artistic Gymnastics World Championships in Kitakyushu, Japan on Sunday.

An event where he barely missed out on a medal in the 2020 Tokyo Olympics, Yulo ruled the pack with a 14.916 in his two vaults.

The Filipino dynamo entered the finals as the third-best in qualification.

Yulo set the bar high for the rest of the competition as he was the first gymnast to compete in the final.

The 20-year-old thus banished the pain of missing out on back-to-back golds in floor exercise after a misstep cost him his title on Saturday.

Hidenobu Yonekura of Japan finished in second with 14.866, while Israel's Andrey Medvedev took home bronze with 14.649.

Top qualifier Nazar Chepurnyi of Ukraine ended up in 7th with 14.149.

After ruling the Vault event, Yulo has a chance to add another medal to his haul with the Parallel Bars final set 5 p.m., Manila time.