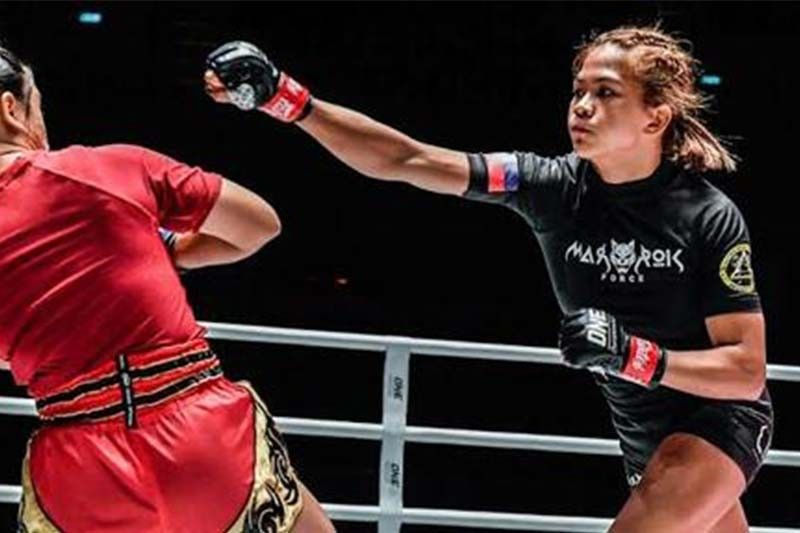 MANILA, Philippines — Denice Zamboanga might be the top-ranked contender in the women's atomweight division, but she's not exactly expecting a walk in the park in ONE Championship's Atomweight World Grand Prix set to kick off next week.

That is why the Filipina fighter, though pegged as one of the favorites to go far in the tournament, is embracing the role of an underdog as she faces off with Seo Hee Ham in ONE: Empower on May 28.

Going against being perceived as the "dark horse" of the tournament, Zamboanga is determined to prove her naysayers wrong.

"My brother, my coaches, and my training partners are all confident in me… We're going in there with the winning mentality," said Zamgoanga.

"It's not going to be an easy fight for either side. But I'm determined to prove the doubters wrong and claim this victory," she added.

The winner of the Grand Prix will set up a title clash with ONE Women's atomweight titlist Angela Lee, who recently gave birth to her first child.

Prior to her hiatus, Zamboanga was already penciled in to challenge Lee for the belt.

But her plans were derailed with Lee's pregnancy and the announcement of the Grand Prix.

While the tournament added a number of steps for Zamboanga before she can take a shot at the crown, the 24-year-old is eager to bulldoze through the competition and prove she deserves to fight for the title.

"I know people are looking at me as the underdog in this fight, and at Seo Hee Ham as the dark horse. That just fuels my drive to score this upset and make it to the end," said Zamboanga.

Zamboanga is currently riding a three-bout win streak in ONE Championship and has been undefeated so far in her six outings as a pro fighter.

Seo Hee Ham, meanwhile, will be making her ONE debut on the backend of six straight wins.