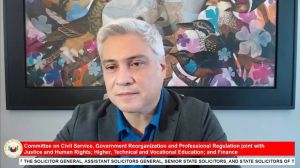 SENATE Majority Leader Juan Miguel “Migz” Zubiri is now perceived as the most formidable contender for the Senate president post.

Zubiri will be battling for the position against closest rival Sen. Cynthia Villar and Senator-elect Francis “Chiz” Escudero.

A reliable source1, who requested anonymity, said Zubiri has now 12 senators committed to electing him to the Senate's top post.

Zubiri, however, said that Escudero is not an enemy, noting that they are in the same group that would decide who will lead the “supermajority” bloc in the chamber, and “leave it at that.”

Sen. Pilar Juliana “Pia” Cayetano and her brother Senator-elect Alan Peter Cayetano are yet to decide on whether to join the supermajority or remain independent.

Sen. Jose “Jinggoy” Estrada and Senator-elect Raphael “Raffy” Tulfo are yet to make their choices public.

Sen. Maria Imelda Josefa “Imee” Marcos said in a radio interview on Saturday that it is not good for the executive branch to meddle with the internal affairs of the Senate, a co-equal branch.

Marcos made the comment when asked if his younger brother, President-elect Ferdinand “Bongbong” Marcos, should make known his choice for Senate president.

The lady senator also brushed off insinuations that she is eyeing the Senate presidency.

“Sikat na ako” (I am already famous),” she said lightheartedly.

Marcos added that the race for the Senate's top post is still fluid, stressing that Zubiri and Villar should sit down and discuss how can they work synergistically.

Zubiri earlier rejected speculations of him entering into a term-sharing agreement with Villar.

“Let's not comment about term-sharing, who's going to lead. I don't want to jinx anything,” Zubiri said.

The senator assured the nation that whoever would compose the Senate majority bloc would never stifle the independent senators' advocacies and will recognize the traditions, rules and independence of the institution.

“I think we have proven that we will continue that tradition, as I said patas lahat, walang members ng majority o minority (members of the majority and minority blocs will be treated equally),” Zubiri said.

Sen. Ana Theresia “Risa” Hontiveros said on Thursday that the Senate minority bloc has already started discussions on the future direction of the opposition under the Marcos administration. 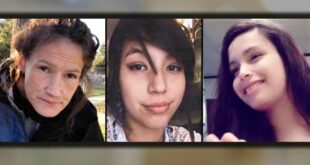